I was suddenly reminded today of a painful episode of my life, and shed a few tearsAnd then I thought of something else, and felt overwhelmingly grateful.

When I was a young girl and then a young woman, I had an older mentor who invested a lot in me—telling me about books, encouraging me to  read. He invested a lot of hope in my writing, and desperately wanted me to be successful, perhaps, I now see, to somehow compensate for his own sense of failure.

Well, I was a disappointment to him. I did read English at Oxford, but he expected me to publish a dazzling book in my twenties. I didn’t. And then in my early thirties, a leading American editor, Ted Solataroff of Harper and Row expressed interest in a book from me.

I wrote one in blood through my first pregnancy, and the first year of my baby’s life, sent it to my childhood mentor, who got it bound, and to Ted, who rejected it. When he did so, I remember lying on my carpet, thinking, “I want to die.”

Well, I did not. Instead I visited my childhood friend and mentor. I had gained weight through my pregnancy, and had clawed 22 pounds off through walking 4 miles a day, and studiously avoiding fat. I was on an upswing, reading again, enjoying writing.

Mentors and tormentors. Be careful who you choose as a mentor, for there can be a thin line between them.

This man was bitterly disappointed in me, and let me know it. “You gained so much weight; it’s repulsive.” “I read your book, it’s piffle. And you thought Harper and Row would publish that.”

Gosh, just what I needed with a one year old daughter, a marriage under strain from our new daughter and both our fierce ambition for our own work.

I crumbled. I lost the plot. Gained back those twenty-two pounds, and another twenty-two. Slipped into a bleak, bad negative mood. Over-worked, and overworked myself into depression.

And my friend? Well, four days after my visit, he had a heart attack. He lived for another 9 years, and we resumed a friendly relationship through letters and phone-calls.

But I never visited him again.

When he died, I cried and cried for a few days. Partly, that I had never visited him again. I felt that I had been a poor return on investment. I felt guilty. I thought about the love that had been between us, and forgot that, because of that, he felt free to speak to me with such vitriol.

He was depressed and downcast towards the end of his life. In fact, with some trepidation, I had been considering visiting him around the time he died.

He died about 8 years ago, and I have always regretted that I didn’t see for the last 9 years of his life.

And today, I am letting that regret go.

Why should another visit have been any different? He was depressed, and dissatisfied, and so would have been even more likely to lash out at anyone who would take it.

To try to feel alive through rage. To feel powerful by trampling someone else down. To channel  uncomfortable emotions about the frustrations of his life into a rage-filled demolition job.

But could I have stood it? No, it would have been very hard to deal with it. The last visit took me back several steps. Why do that to myself?

Why put myself into the path of a volcano of someone’s negativity and dissatisfaction, knowing I would have to put myself together again, once more?

Interestingly, I had known this intuitively. When I felt perhaps I should go and visit him, I didn’t because I didn’t want to.

For the last eight years, off and on, I have scolded and castigated myself for ingratitude, for not wanting to go and visit him one last time.

And today, I actually feel thankful I did not go. The visit could have been like the former one, tears, drama, and exhaustion. I have children. I cannot afford emotional setbacks.

And so I cast out remorse, and was thankful that I was spared more misery, more emotional turmoil, more tears!

When such as I cast out remorse

So great a sweetness flows into the breast
We must laugh and we must sing,
We are blest by everything,
Everything we look upon is blest.

I finally started a massive project —getting rid of all the books from my second-hand books business  which I had for a couple of intensive years, and a couple of desultory years.
Progress, as you can see, was slow.
* * *
But internally, where all that really matters happens, progress has been made.
I’ve worked for 4 days like a Benedictine, balancing ora et labora, work and prayer, thought and creativity.
I’ve always been enamoured by the Benedictine ideal of balance–especially when it’s theoretical. When one actually has to do it: BAH-humbug, the Labora part is highly overrated!! I said to my soul in disgust.
* * *
Of course, I didn’t really need to do this. But you see, during the years of the business, I came across so many lovely art books, gardening books, Christian books, nature, photography, history, biography, literature, poetry and children’s books, which I would have loved to keep. And so many that I did not want to keep. So I needed to sort them, keepers, givers-away to prevent myself drowning in books.
And I was feeling grumpy sorting through these boxes, givers/keepers because you see what I really want to do is pray, read and contemplate scripture, blog, write, garden, and run. Not sort books.
Then I read this blog by Michael Hyatt which says your mental state and attitude are highly dependent on the language you use. Don’t say “I have to,” Hyatt advises; say, “I get to.”
And so I said to myself, with great truth,
I get to sort through 240 boxes of 50 books each, books I have already sifted and discarded the junk from, and keep whatever I want! How great the love the Father hath given that I get to keep the best of 240 boxes of art, poetry, literature, Christian, nature, history, biography, gardening, children’s books, travel and photography books.
And I immediately felt happier.
* * *
Whatever dark or desperate situations you face,  there is almost surely a silver lining in them because of the goodness of God. Something positive in them. Search it out. Thank God for it.
And as surely as dawn follows the night, your emotional state will begin to change. It will mirror your honest thanksgiving. You will feel happier. 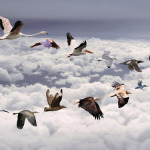 I love writing and blogging: watching something shapely, and sometimes beautiful, emerge from a jumble of thoughts.

But there are many times when I just don’t feel like writing. My brain and spirit and fingers feel wooden. It is what Steven Pressfield calls “The Resistance.”

What helps then? Reading, reading a lot, ideally something like what I want to write, until the rhythm of words beats in my bloodstream, and ideas explode in my brain, and I yearn to get them out on the page.

And what when it comes to prayer, and I feel numb, a lifeless thing without joy, or love, or thought?

But I have made a commitment to pray, so pray I will.

I used to read scripture and read it until my heart said “Amen.”

I now practice eucharisteo–giving thanks for all the beautiful and lovely things in the world, and in my life.

I give thanks, and give thanks while the plane of my emotions slowly slides down the runway, and inches into the blue, sunny skies of praise and joy. 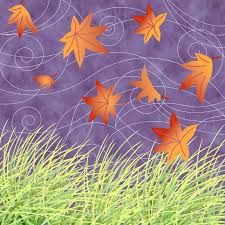 Not because of victories
I sing,
having none,
but for the common sunshine,
the breeze,
the largesse of the spring.
Not for victory
but for the day’s work done
as well as I was able;
not for a seat upon the dais
but at the common table.