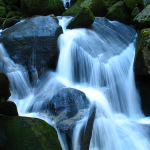 A tale of four famous Christian siblings.
A) His ex-wife “alleged that her husband not only abused drugs and alcohol and had inappropriate relations with other women, but also that he engaged in domestic violence and used pornography.
In the meantime, he admitted becoming ever more dependent on alcohol. He was granted “board-approved time away” to deal with his alcohol dependency.
On his return, tensions in his marriage and at the offices of the ministry he headed escalated when he began spending extended time with a young woman who had recently joined. He also had an ongoing intensive friendship with another female staff member.
Source: Christianity Today
B) The third of the five siblings has dealt with a daughter’s teen pregnancies, another daughter’s bulimia and a son’s drug use.
She struggled with suicidal thoughts herself in the wake of her first husband’s infidelity — a discovery that led to a “rebound marriage” of only five weeks.
Source  Columbus Dispatch
C) Both of C’s brothers rebelled, using drugs and alcohol.
And one of C’s sons grew so uncontrollable as a teen that his parents called the police to their home. He ran away at 16, spending several days and nights on the streets of Fort Lauderdale.
C. has suffered bouts with depression.
After her divorce and remarriage, she was arrested for domestic abuse of her new husband
Source: Houston Chronicle, USA Today
D. In the news for taking “two full-time salaries and two retirement packages from two Christian family ministries. Last year his total compensation from the two Christian ministries was $1.2 million.”
All these individuals make their living through donor contributions to Christian ministries they run.
* * *
Okay, who are we taking about? A “white trash” family (to use a mean phrase I occasionally heard when I lived in America)? A ethnic minority family on welfare for generations? A feckless illegal immigrant family?
Actually, these are the children of one of the most respected men and Christians on the earth. Billy Graham.
A)   Ned. Christianity Today B) Ruth or Bunny Columbus Dispatch C) Virginia or Gigi , Houston Chronicle. USA Today D) Franklin—Thinking out Loud
·      * * *
As a young Christian, I read biographies of Billy Graham, and his books, including his autobiography, Just as I am. I admired and admire him. I tried to imitate Graham’s spiritual disciplines (unsuccessfully). I was charmed and impressed by Ruth, as she came across in her books. She was indeed an beautiful and remarkable woman.
I read out these news articles of Roy as I googled them and we were chilled.
How did their children shipwreck?
And, if they did, what hope is there for us unprofessional Christian parents, who know our Scripture less well, who do not have the additional safeguard of practising our faith on a world stage to keep us honest?
If that’s the parenting outcome of the undoubtedly godly Grahams, down to the third generation, who can stand?
However, Billy Graham is on record as saying that if he could go back and do anything differently he would “spend more time at home with my family, and I’d study more and preach less.”
* * *
I think of one of my favourite Psalms, Ps. 130
1 Out of the depths I cry to you, LORD;
2 Lord, hear my voice.
Let your ears be attentive
to my cry for mercy.

Lord, who could stand?
4 But with you there is mercy,

so that we can, with reverence, serve you.

Ah, that’s our hope for ourselves, our parenting, and our children. The mercy of God.

Hesed, the steadfast goodness, mercy and compassion of God which will follow us all our lives.
* * *
And for each prominent Christian family which shipwrecks–and I can think of several off-hand–there are another 2 or 5 who do not.
I think of my friend Paul who was the son of Jack and Rosemarie Miller who founded World Harvest Mission. All five siblings are faithful Christians. As are Paul’s six children. In A Praying Life, he describes how he brought up his children– (one of whom was severely disabled) amid financial difficulties, great work stresses, working two jobs, and his own breakdown–by quietly, steadily, and specifically praying for each of them and their specific needs—and what amazing answers he saw!
He once told me that he asked his wife Jill what she wanted most, half afraid she would say, “A new kitchen.” And she said, “The mercy of God for our family.”
Ah that is what we all need!
* * *
So, there is hope for us and our children, in the mercy of God. And, as I feel more convinced, the best thing we can do our children and family is pray for them. At red lights. When walking. During sleepless nights. While doing housework. In lines at grocery stores. Whenever. As much as we can.
And then trust the mercy of God.
Into your hands, oh Lord, I commit my spirit.
Into your hands, oh Lord, I commit my family.
Into your hands, oh Lord, I commit my children.