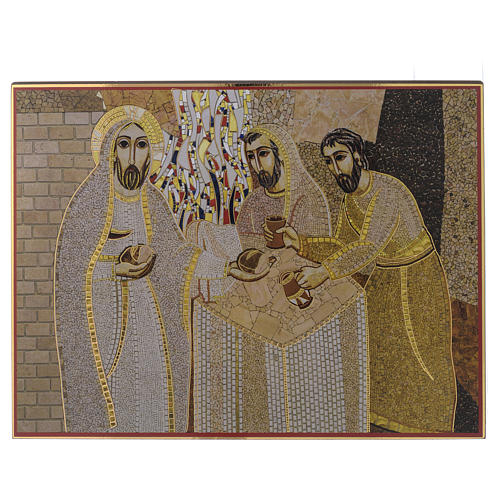 There is always another one walking beside you T.S. Eliot Wasteland

So, the new “Great Books” book group I’ve got together (we’re steadily reading chronologically through the Classics!) read the ancient Greek trilogy The Oresteia last week. The plot: Orestes avenges the murder of his father Agamemnon by his mother Clytemnestra by killing her.  And then, the Furies–personified forces of guilt and conscience–hound and oppress him. In the National Theatre production that I watched online, Orestes shuts his ears while they chant and torment.

The scene triggered inchoate half-remembered memories. Memory followed memory in a vicious circle, and I found myself experiencing snatches of what the evil clinical psychologist Henry Harlow (who tortured rhesus monkeys by isolating them for six months to a year in an inverted pyramid from which they could not escape) called the dungeon or pit of despair…

Painful memories from the past re-emerging… It’s not an uncommon experience, I daresay.

What is the way out? Not by playing the spool of traumatic memory on repeat. But one must notice the memories, not squash them or shove them underground where they might grow, fester and emerge in a more terrible form

This being human is a guest house.
Every morning a new arrival.

A joy, a depression, a meanness,
some momentary awareness comes
as an unexpected visitor.

Welcome and entertain them all!
Even if they’re a crowd of sorrows,
who violently sweep your house
empty of its furniture,
still, treat each guest honourably.
He may be clearing you out
for some new delight.

The dark thought, the shame, the malice,
meet them at the door laughing,
and invite them in.

Be grateful for whoever comes,
because each has been sent
as a guide from beyond. (Rumi)

So how did I deal with the traumatic memory that scene triggered, and troubling memories in general? As it happens, there is a whole branch of Charismatic Christian psychology which deals with it, known as the healing of memories. It lets the light in.

You remember that Christ was there when you suffered that trauma. You were wrapped in invisible light. So nothing worse happened.

The past is never dead. It’s not even past, Faulkner famously wrote. That is its curse. The body keeps the score as psychiatrist Bessel van der Kolk writes in his excellent book: The Body Keeps the Score: Brain, Mind, and Body in the Healing of Trauma.

But… more. God keeps the score. God stores all our tears in a bottle, the Psalmist poetically says. And because the past is not dead, and it is not really past, it can be redeemed. Its trauma and meaning can be changed as God uses the experience, and brings green shoots from the ashes, roses from the rubble.

So what we must do with the past-but-still-alive thing in our bodies and memories is to invite God–for whom all time is brightly alive, for whom past, present and future exist in a single continuum–in. To invite him to bathe the scene in light. To take the sting from the memory. And then to redeem it. To bring good out of it.

The past is present to God, who sees all time in a shimmering, still-active continuum. The old, unhappy, buried things in our lives are merely planted, and God can bring forth exquisitely beautiful things from what we view as dead seeds of pain, trauma, and failure.  For those who love God, everything works out for good, the Apostle Paul famously and puzzlingly says. How? Because God can make it work out for good.

“If you, oh Lord, should count our sins, who would survive?” the Psalmist says. Similarly, if we hold onto other people’s sins against us, if the precious ones in our lives keep a record of our sins against them, which relationship would survive? For who hasn’t sinned against those they love? Most importantly, if we hold on to a record of wrongs, we wouldn’t survive in joy, and peace, and creativity. Forgiveness is not easy, it may take repeated attempts and prayer for grace. Eventually, I can testify, by the grace of God, it comes.

Yes, the tunnel out of dark places, out of negative spirals, is love.

Because Jesus had this super-brilliant mind, it’s always best to go with his definitions. His short-hand definition of love is what is rightly called, ‘the golden rule’: “Do unto others as you would have them do to you.” Scatter teeny-tiny deeds of kindness along your path, according to your capacity, and nature…

Of course, not every difficult relationship, whether at church, with extended family, and at work, needs to be pursued. Sometimes, we just act with grace and kindness, pray a quick arrow prayer for the person when they come to mind, and let them go, realising that this is not the best relationship in which to invest the limited time we have on earth.

But, in general, we must love one another or die, as the poet W. H. Auden says…. And in transforming a difficult relationship we want to keep, we must bend the other way, in Saint Ignatius’s phrase, maybe overdo the love and care and forgiveness, until loving becomes the norm.   (This, incidentally, is the way to break the grip of vicious circles in our lives… want to wake early, go to bed super-early; want to become tidy… for a while, devote time to becoming super-tidy…).

So, we let it go, let the past go, and instead live in the present, and gently, inexorably, bring light where there was darkness; positivity where there was negativity; plant green seeds of love, gentleness and service, where there was hate, baby step by baby step, into greenness and light.

This post was sponsored by holyart.com. Please check them out.

The Body Keeps the Score: Brain, Mind, and Body in the Healing of Trauma by Bessel van der Kolk. Excellent resource for those recovering from trauma. On Amazon.com and Amazon.co.uk

Sealed Orders: Agnes Sandford’s wonderful memoir deals with the healing of memories. On Amazon.co.uk and on Amazon.com 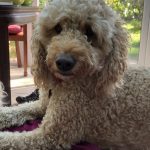 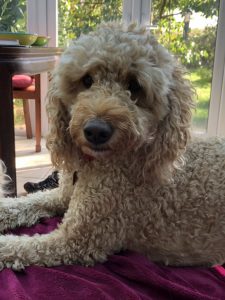 So, yesterday, my labradoodle, Merry, who is three quarters poodle, a hunting breed, came home from her walk with Roy, tail wagging, and with a present for me… a beautiful, quite adorable rabbit–perfectly dead.

I screamed! I love rabbits, and we’ve had several as pets over the years. In fact, this was probably a descendant of the ones which got away!

Most domestic dogs no longer have the enzymes to digest raw meat, so, frustratingly, Merry would not eat her rabbit. We left it at the bottom of the garden. As I sat in my conservatory, writing, watching, a red kite appeared overhead, swooped down.  At dusk, the dogs went mad. I saw a shadowy fox disappear, a rabbit in its mouth.

Nothing, nothing, is wasted. The dead rabbit fed the kites and the foxes, as she had fed on grass enriched by their droppings. The apples which we lacked the diligence to harvest fall, and become next year’s harvest. “We are but dust, and to dust we shall return,” fertilising the soil, which has fed and fertilised us.

“Let nothing be wasted,” Jesus said, after–like a brilliant entrepreneur–he created great abundance out of almost nothing, feeding 5000 from five barley loaves, and two small fish. But, at his request, they gathered the left-over scraps of bread, filling twelve baskets.

If that is his desire for scraps of bread, how much more with our lives! Almost all lives are composed of false starts, dead ends, practice or abandoned projects, and vanished things—friendships, relationships, stuff, languages we once learnt, books we started writing. A room full of half-finished canvases, statues, books and poems… with perhaps a few shining examples, perfectly finished. Many of our lives look like that.

But Jesus wants nothing to be wasted. I have lived my life and that which I have done…may He within himself make pure, Tennyson has the dying Arthur pray that Christ will redeem all things. So, all we can do is give him the little we have, the five loaves and two fish, and the fragments, the twelve baskets of broken pieces. And trust him… to use the false starts in writing to make one true work; the broken or neglected friendships to build true friendships which might last; to use our failures in faith, hope and love to teach us faith, hope and love, and to use all our yesterdays as tuition for a tomorrow in which we shall focus on the only two things  which truly matter in God’s eyes–to love God wholly, with all our mind, all our heart, all our spirit, and all our strength, and to  live in kindness towards ourselves and others, in Jesus’s words “to love our neighbour as we love ourselves.”

I love reading memoirs, and autobiographies, and I am often amazed by how God uses false starts and dead ends to form people’s characters, and life work. Our miseries become our ministry, perhaps even our callings and vocations.  Unless we too have bled, it is difficult to speak or write words which matter to someone struggling with a difficult marriage, a health problem, an eating disorder, debt, or tricky relationships. Reading memoirs, I am struck too by how, in the end, it’s not the all the travel, adventure, success, or wealth which make a beautiful and meaningful life, but just two, perhaps three things…. to love something big–and what could be bigger than God?–and to live in love and kindness towards others. (And if we are very lucky, to create something that “the world will not willingly let die,” in John Milton’s old beautiful phrase.)