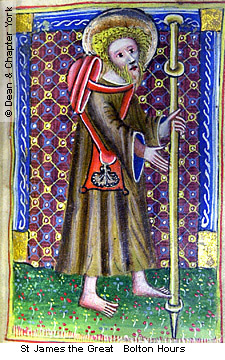 So I fly on EasyJet to the Costa Blanca on a retreat at El Palmeral –though a normal heritage airline like BA would have cost the same, the timings are more convenient.

Though this may change as I grow older, I normally don’t put a high premium on great comfort for short flights. I am a cat, I find a bubble of internal peace and internal comfort in most circumstances (though I don’t do well with claustrophobic surroundings, or being in the middle seat.)

So I have the choice of paying £17 to take 3 extra kilos in my checked luggage, or taking a generous carry-on for free. Which I would need to buy. But we already own 4 carry-ons for 4 people, and solving problems and desires by throwing money at them leads to clutter.

So I pay the £17, but when I pack, it’s over the permissible 23 kg. So I stuff all the extra books into my backpack, books which I treat as road maps in my life’s pilgrimage—a spiritual book I am reading for inspiration; a literary memoir I am reading to write better; a practical memoir I am reading to live better etc.; my Bible, my journal etc. Kilos worth!

It is a cumbersome weight– and I am sad as I stagger through the cavernous halls of Gatwick with my spiritual, literary and intellectual aspirations on my back.

Yeah, I made the wrong decision. The £17 for extra luggage was money thrown away with nothing to show for it. I should have bought the biggest allowable cabin with wheels because we’d eventually wear out our luggage, or give it to the kids, one of whom will be leaving to university this autumn.

I am trying a 12 step programme, Overeaters Anonymous (which I have not yet got the hang of). It includes praying and asking God for wisdom over every decision, eating and otherwise. And I am frustrated because I did pray, but somehow still made the wrong decision!!

My husband Roy and I love to get things right every time, and neither of us are gentle with ourselves or each other when we get things wrong. I reproach myself as I take each heavy step, a mile probably, staggering under the weight of knowledge!

And then I remember that I had decided to be a positive girl, since life is short.

Mistakes and loss and waste are part of being human—part of being limited finite beings. We will grow wiser, God willing and make better decisions—but since only God is all-wise, all of us will make mistakes, and experience loss and waste  as long as we live. Alas!!

Socrates, who was one of the wisest men ever known, made mistakes. When his enemies–the envious, the ignorant and the threatened—sentenced him to execution by drinking hemlock, his friends pleaded with him to flee.

But he refused. If he fled Athens, he knew he would ask pointed, inconvenient questions wherever he went, and so get into trouble wherever he went. He had voluntarily chosen to live in Athens and submit himself to the social contract. To flee would negate his life’s choices to date. And he was a philosopher, and believed a true philosopher should not fear death.

So despite all his friends weeping around him, he chose physical death rather than a choice which negated all he had taught and valued when physically alive—a choice many martyrs make.

He drank the hemlock. It was an honourable decision, but a wrong one, most people would say–his friends then, and his admirers now.

Okay, let’s look at a spiritual giant. Luke records “a prophet named Agabus   took Paul’s belt, bound his own hands and feet, and said, “Thus says the Holy Spirit, ‘So shall the Jews at Jerusalem bind the man who owns this belt, and deliver him into the hands of the Gentiles.’”

12 Now when we heard these things, both we and those from that place pleaded with him not to go up to Jerusalem. 13 Then Paul answered, “What do you mean by weeping and breaking my heart? For I am ready not only to be bound, but also to die at Jerusalem for the name of the Lord Jesus”.

Paul does not say that he has prayed and been led to make this decision. It appears to be a unilateral, and perhaps hot-headed decision.

He is indeed arrested, and, I believe mistakenly and impulsively, appeals to Caesar.   Who happened to be Nero. Big mistake. He is confined to the Mamertine Dungeoun. He will never be free again.

But in the Mamertine dungeon, he wrote letters which comfort me when I feel a little bit crazy. As they have comforted billions of Christians through the ages.

God can redeem anything. It’s as if God says, “Uh-oh, plot twist. Paul should have listened to wiser counsel. And Anita made a mistake. Now let me take those crooked lines, the shattered pieces of Plan A, and make of them Plan B even more beautiful than Plan A, if they will co-operate. Because I love creating new things.”

So what’s the best course of action once you’ve realized that you have made a mistake?

Thank God for the good stuff. In this case, for the strength to walk a mile or so with a heavy backpack. For the fact that I’ve learned it’s foolish to pay for extra luggage. Best get the biggest allowable carry-on, and stuff it with books. And, definitely, pack light in future.

As my life accelerates (two of my prayers for this year were acceleration and exponential—was I crazy?) I am doing more, and am naturally getting busier. Much goes right, but there is a greater potential for mistakes and loss,  just as a car on the motorway is more likely to get scraped than a car in the garage.

And I am learning not to allow what goes wrong to spoil a day or an hour. In Cambodia, as I was rushing, the zip of my suitcase broke, so I left it unlocked in my hotel room, with—yuck, my wallet in it!!– with all my extra cash. I had $70 taken from my wallet, and was annoyed, but decided to shrug it off and not let it spoil a very interesting trip.

Yes, that’s the way to live, cut your emotional losses if you can’t cut your physical losses, and go through your day smilingly.

When I was 17, I wanted to be a nun, and joined Mother Teresa’s convent. Her three cardinal spiritual values were absolute surrender, loving trust and cheerfulness.

I keep coming back to them– loving trust and cheerfulness when you make mistakes. Learn what you have to learn, be grateful for the goodness that remains despite your mistakes, and go trudging on–with the biggest smile you can muster!