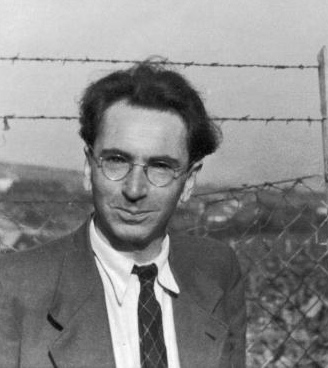 I just stumbled upon a Facebook photograph of an older person I know, in her seventies.  Her face was sad, so sad. It was chilling.

Viktor Frankl, the psychologist who was in a Nazi concentration camp, believed that our last human freedom is that we get to choose the attitude we will adopt in any circumstances. It is our most inalienable human right.

Okay, then, Anita, I say to myself, where’s that smile?

“What about human liberty? Is there no spiritual freedom in regard to behaviour and reaction to any given surroundings?

Most importantly, do prisoners’ reactions to the singular world of the concentration camp prove that man cannot escape the influences of his surroundings? Does man have no choice of action in the face of such circumstances?

The experiences of camp life show that man does have a choice of action. There were enough examples, often of a heroic nature, which proved that apathy could be overcome, irritability suppressed. Man can preserve a vestige of spiritual freedom, of independence of mind, even in such terrible conditions of psychic and physical stress.

We who lived in concentration camps can remember the men who walked through the huts comforting others, giving away their last piece of bread. They may have been few in number, but they offer sufficient proof that everything can be taken from a man but one thing: the last of the human freedoms—to choose one’s attitude in any given set of circumstances, to choose one’s own way.

And there were always choices to make. Every day, every hour, offered the opportunity to make a decision, a decision which determined whether you would or would not submit to those powers which threatened to rob you of your very self, your inner freedom; which determined whether or not you would become the plaything of circumstance, renouncing freedom and dignity to become moulded into the form of the typical inmate.

Seen from this point of view, the mental reactions of the inmates of a concentration camp must seem more to us than the mere expression of certain physical and sociological conditions. Even though conditions such as lack of sleep, insufficient food and various mental stresses may suggest that the inmates were bound to react in certain ways, in the final analysis it becomes clear that the sort of person the prisoner became was the result of an inner decision, and not the result of camp influences alone.

Fundamentally, therefore, any man can, even under such circumstances, decide what shall become of him—mentally and spiritually. He may retain his human dignity even in a concentration camp.  It is this spiritual freedom—which cannot be taken away—that makes life meaningful and purposeful.”