I’ve adopted Martin Seligman’s recommended habit of recording 3 good things about my day. Apparently, people who do this report being 25% happier within 3 weeks. I think it is true. I’ve often needed to scan my day carefully to see what was golden about it rather than nondescript. After a while looking for gold becomes a habit.

It’s been an extraordinary month in many ways, with many highlights.

We’ve just spent a weekend in Torquay, Devon, walking under blue skies on beaches studded with dramatic rock formations. The mere sight of the sea is meant to reduce stress, I’ve read. It’s true I realized as I sat in front of the picture windows in the villa living room, looking at the sea, with seagulls swooping and dive-bombing into it, and hills with, wow!, palm trees beyond the bay. The English Riviera!!

We walked on the coastal trail as well as on beaches. So grateful for increasing strength and health. 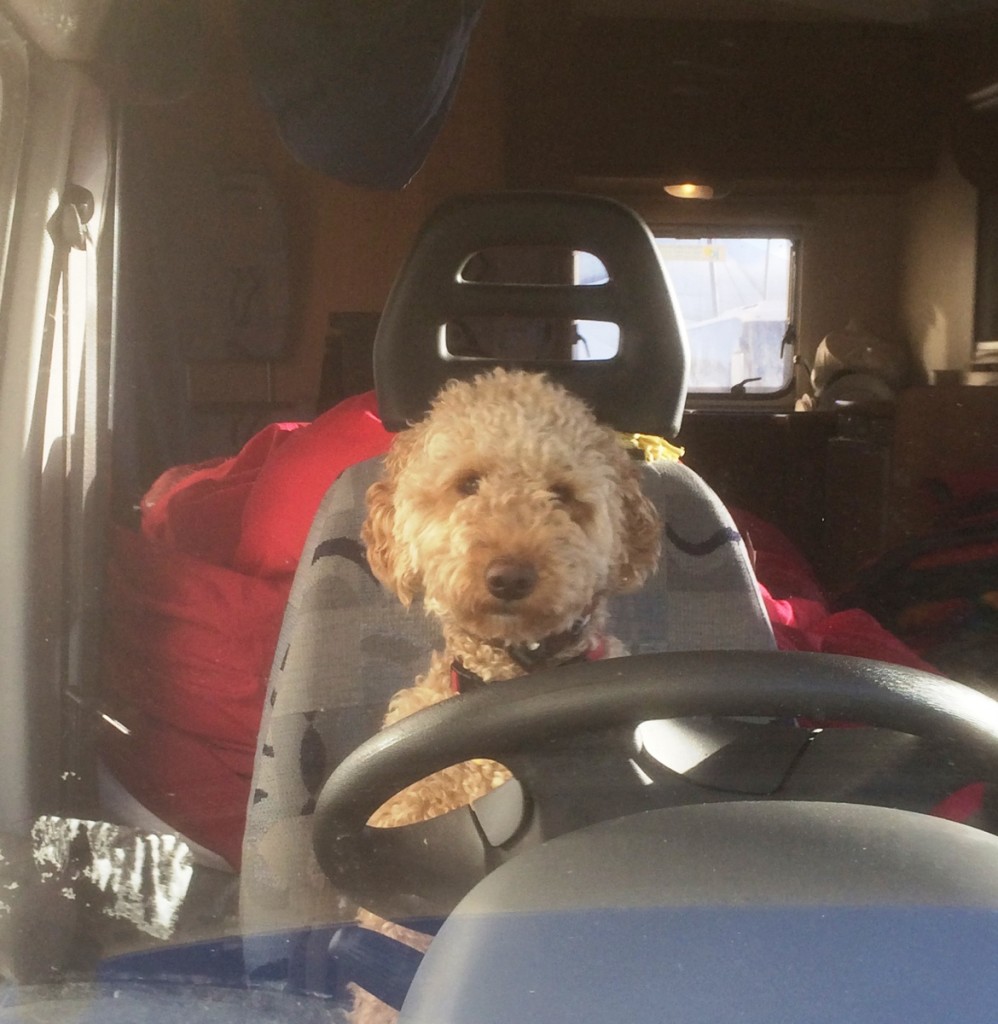 2B Irene entered a competition for a free ticket to a TEDx Oxford Conference.

She contrasted Steve Jobs and Bill Gates. An iPhone is extraordinary, giving you access to all the books, information and music in the world in a palm sized gadget. However, Gates will be remembered long after Apple has joined the scrapheap of history for pouring his resources into the developing world, into health, education and women’s rights.
He has started a cascade of generosity through his Billionaires club of 127 billionaires who have pledged at least half their wealth to philanthropy.

Irene came home exhausted on the day it was due, and I had just had surgery. She wanted to blow it off, but I said, “Irene, it’s all in your head; just get it onto paper.” And so she did. And that is an excellent thing for all writers to remember, including, especially, I myself.

3 Zoe is back to the heady whirl which is Theology at Oxford.

She got a first in 2 of 3 papers in her termly exams (Greek and Doctrine of Creation) and got a cheque for £50–£25 for each First!! Imagine being paid for academic excellence—I think it’s a rather good idea.

3B Zoe is one of the three students leading student ministry and student nights at her church, Oxford Community Church. She’s getting to use the ministry skills she honed at the School of Ministry, Catch the Fire, Toronto—which is excellent!

4 After a long discussion with my oncologists, I decided to forego the chemotherapy which is standard for the stage of colon cancer that I was at, and go instead with intensive monitoring—CEA blood tests, CT scans, colonoscopies, the lot) and exercise, an increasingly healthy diet, and some supplementation with aspirin, vitamin D etc.

My cancer was not metastatic as far as the oncologists can tell and it’s possible the surgeon has removed every cancer cell… At any rate, I am letting food be my medicine, and my medicine be food as Hippocrates suggested, and am drinking lots of carrot juice, green smoothies, and moving steadily to a largely vegetable-based diet—soups, salads, roast veggies etc.

6-8 glasses of green smoothies and carrot juice can seem a lot—but hey, it sure beats chemo.! Roy calls it my veggie chemo!!

Exercise—I alternate doing two miles in two sessions, trying to walk as fast as I can building up to a 15 minute miles, with walking 2-3 miles the next day, again as fast as I can. My surgical incision has been slow to heal completely (prayers would be appreciated) , and once its completely healed, I hope to take up yoga and resistance exercises.

(PLEASE don’t send me ANY negative feedback, opinions or horror stories on this very personal no-chemo decision. On the other hand, positive feedback, stories, resources and inspiration will be welcome.)

5 I am back to normal, and because of the vegetable based diet and exercise, am more energetic than I was in my thirties. Well, I am weary and bone-tired some days (to be expected because I am writing hard and exercising hard), and bursting with energy on some days. Interestingly, the tired days are the days I have slacked off on my green juices and carrot juice and salads and veggies… I have never felt the connection of food and energy so strongly.

As I told a friend about how surprisingly well I feel, she said, “You know, maybe you have been healed.”

I was silent. Hundreds of people have told me that they’ve been praying for me. And of course, as Biblical and Christian history attests, just one simple heartfelt prayer from one person of faith can work a miracle.

Maybe, just maybe, God has listened–why should he not? Why should I assume he might not?–and arranged for any cancer cells which MAY be left to be killed, or go dormant.

Why not? Prayer works, I know it does, and perhaps, once again, God the great magician who daily pulls sunrises, sunsets and shimmering moons out of his hat, has pulled complete healing too.
May it be so. Amen!

What have been the best things of your month? Tell me!

Linking up with Leigh Kramer