The Blue Mosque in Istanbul

And I am thankful to my husband, Roy for the photos and the commentary in the rest of this post!

The Blue Mosque (Sultan Ahmet Cami in Turkish) is generally regarded as the most beautiful Mosque in Istanbul, and is many tourists’ favourite sight.   Here is an aerial view

showing the six minarets (four is more usual) the large courtyard, and the hilltop setting.  Notice also the single large dome, smaller domes and numerous semi-domes (in this picture and the one above).  The inside of each of them is decorated.
Some views from inside the courtyard, which was a cool, peaceful and restful place. 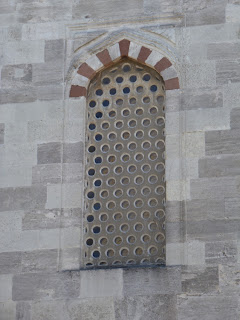 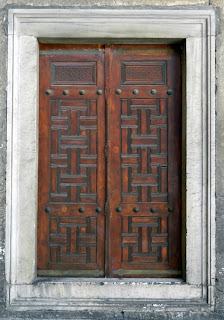 The entrance for those who wish to prayer.  The honeycombing above the calligraphy is very similar to that at the Alhambra. 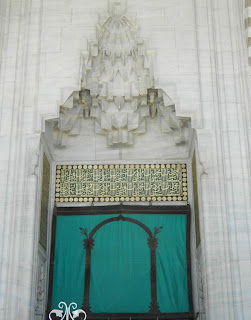 The dome above this entrance. (The first of many obstructed photos, alas.) 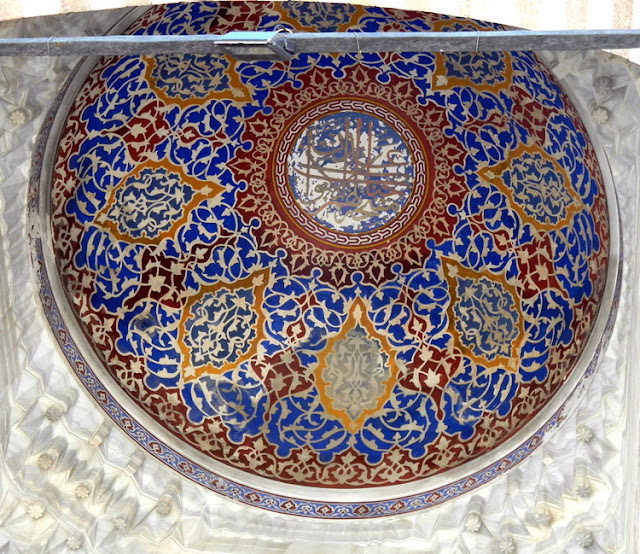 Here are views of the interior of the Blue Mosque.  The blue dome, is the central dome.   The diagonal lines (that may look like scratches on your screen, are very numerous wires that suspend the numerous chandeliers.)  The central dome, is surrounded by for semi-domes, each of which is surrounded by thr ee smallersemi-domes.  It is almost fractal! 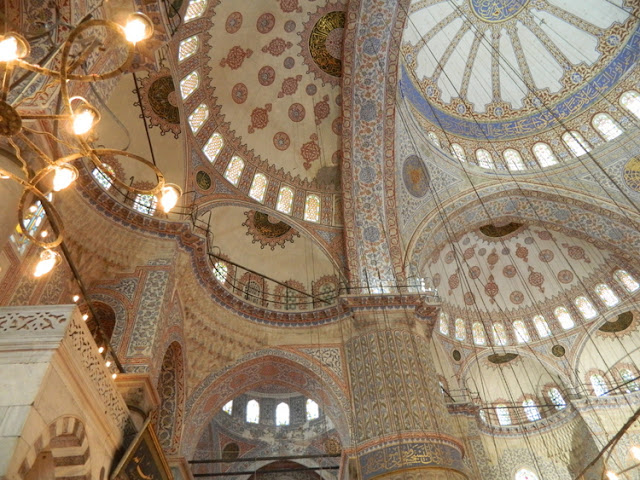 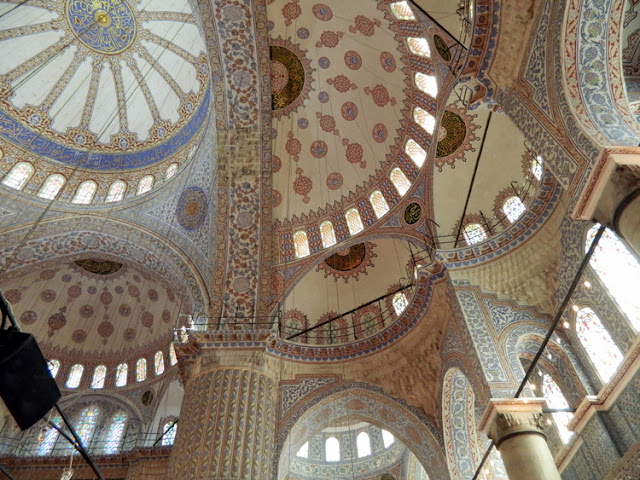 Here are a couple of slightly more detailed shots 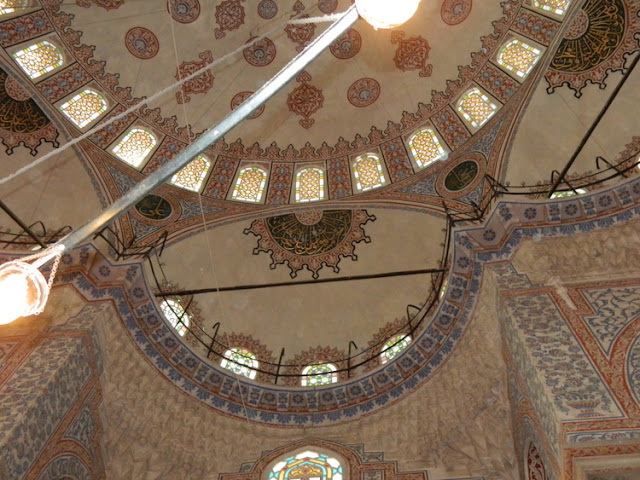 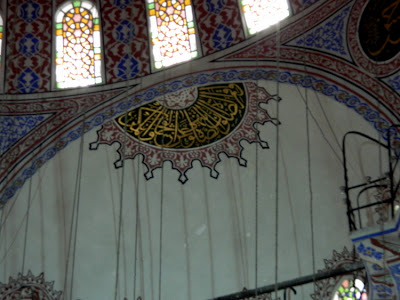 The interior is carpeted.  Here is a view of the region reserved for those wishing to pray – there were mostly men in prayer, but also a couple of 4-year-old boys running a round, a man in traditional garb taking photos and a couple of women.  (There was also a an area reserved for women to pray at the back, behind a lattice.)
There are about 160 windows.  Here are a couple of close ups. 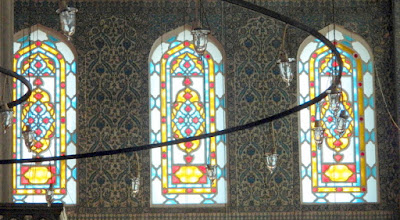 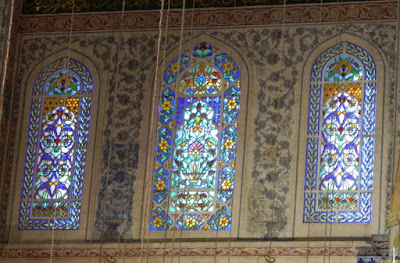 The blue tiles between the windows, and around the  upper gallery, which seemed to be inaccessible, give the mosque its name. I’m sure they’d be amazing from closer.
Over all an amazing building — photo’s don’t do it justice.  (I did find some better photos on wikipedia.  I like this one showing two arcades of the outer courtyard) 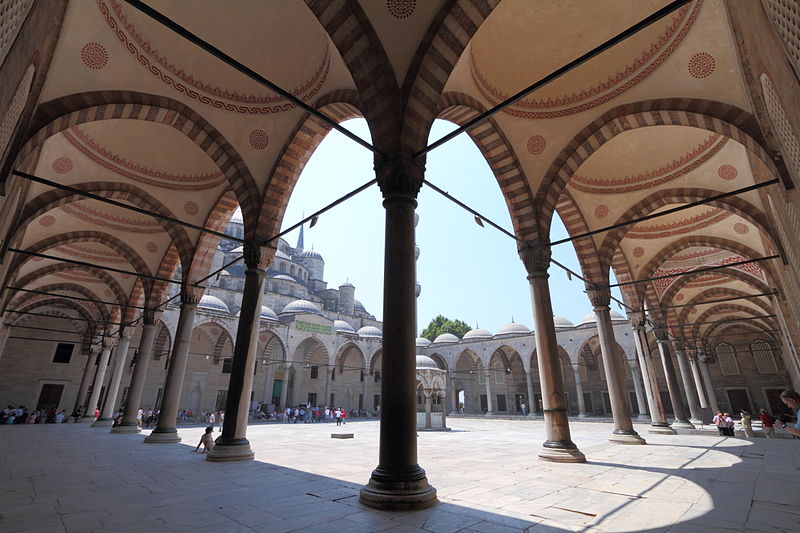