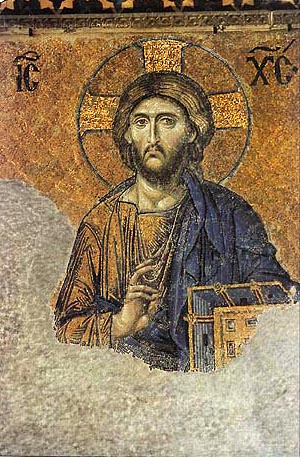 The Persistence of Beauty: The Dearest Freshness Deep Down Things.
Well, I am in Istanbul for a week. And I’m grateful to Roy for organizing a lovely apartment and the holiday, when he’s rather be home gardening. (Or so he says.)
And I have had a lovely day in airports and on the plane and taxi speed-reading the history of Byzantium/Constantinople/Istanbul.
So rich, so rich in art and beauty, despite the waves and waves of mad, blind, ugly destruction
In the 8th century, the iconoclasts who opposed the uses of images and icons, ransacked churches and monasteries across the Byzantine Empire, destroying many wonderful works of religious art.
And then, the Crusaders of the Fourth Crusade of 1210, hungry for loot and power (backed by the Doge of Venice who hoped to increase his city’s trade by eliminating Constantinople) ransacked Constantinople–motivated by greed and resentment of the Byzantine’s wealth and culture. The artistic treasures and religious relics that had been amassed over the centuries were shipped west—or simply destroyed.
And yet, there is still so much to see. Though much is taken, much remains.

I felt tearful when I visited the stately ruins of Rievaulx Abbey in Yorkshire, the roof destroyed so that the last monks would not return, and still they did, and were chased away. Some became domestic servants, some beggars. Meanwhile, the lead from the monasteries was used for cannon shot in Henry’s wars.

And though I yearn, YEARN for English Heritage or a good Samaritan to restore Rievaulx, Tintern Abbey or the lovely Border Abbeys now in ruins, they are still beautiful and peaceful even in desolation. Still spiritual, they still bestow deep, deep peace.
The light shines in the darkness and the darkness has not overcome it. Never has, never can.
Darkness is the absence of light. All the darkness in the world cannot extinguish a single candle.  A single candle, however, can extinguish a garden’s worth of darkness.
Goodness is always a more powerful force than evil.
This is our father’s world. Always was, always is, always will be.
And so we go forth into it with joy, confidence and singing!!