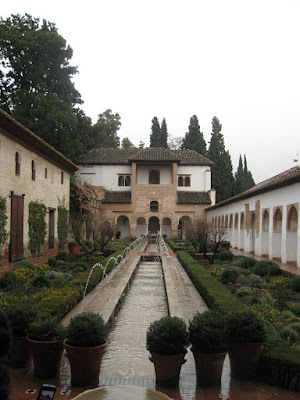 Palacio de Generalife was the Nasrid rulers’ summer palace. When asking for directions, do remember that the “G” is pronounced as an “H”. 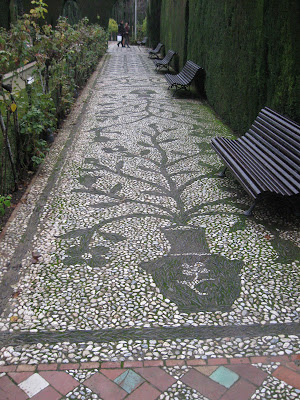 Generalife is literally, “Architect’s Garden”.   Approaching the palace, one passes through extensive formal gardens.  As it was winter, we say only the evergreen hedges that partitioned the garden into rooms, and the wonderful walkways paved in traditional Granadian style with a mosaic of pebbles: white ones from the River Darro and black ones from the River Genil.  These two rivers run on either side of the Alhambra. 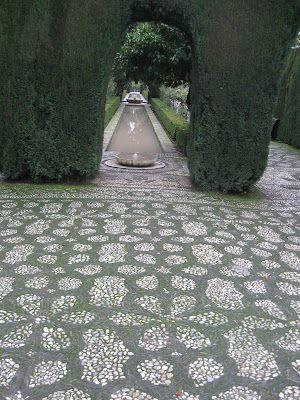 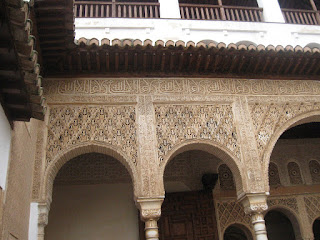 One inside the palace,  the architecture is similar to the Nasrid palace, though not as spectacular. 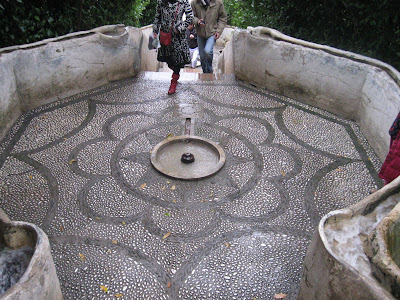 Flowing water played a prominent role in the architecture.  There was very steep path, paved in the usual black and white cobbled style.  Enery so ofter there was a wider area with a fountain.  On top of the wall, the “hand rail” is actually a water channel with flowing water.

Here are some other pictures from Granada.  We stayed  in the Albayzín area, which together with the Alhambra  comprises the UNESCO world heritage site in Granada.  Albayzín is a very very steep, and contains a number of gypsy caves.  In the summer these are a center for flamenco and out door cafes.   Here is  the courtyard from  the pedestrian area at the top of Albayzín. 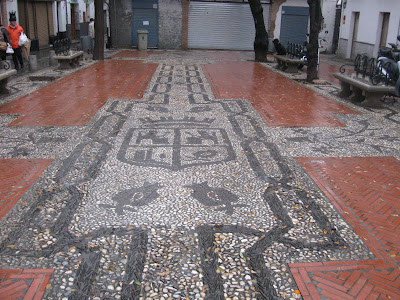 These houses are in the “Gypsy area”.   The so called caves, are now normal houses with electricity and ventilation built into the hillside. 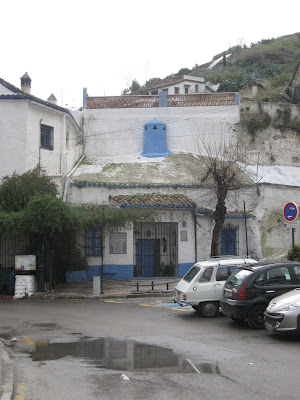 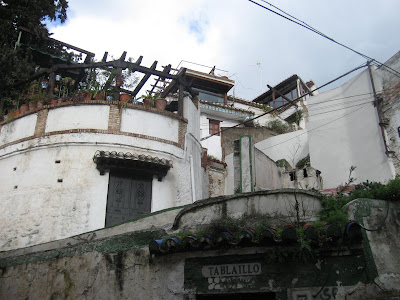 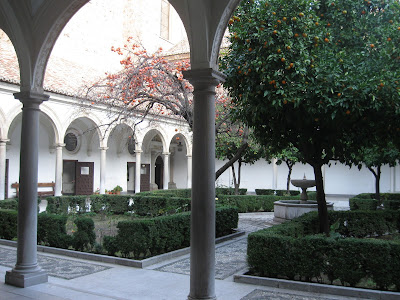 The River Darro is just a scruffy stream, perhaps 10 feet across. 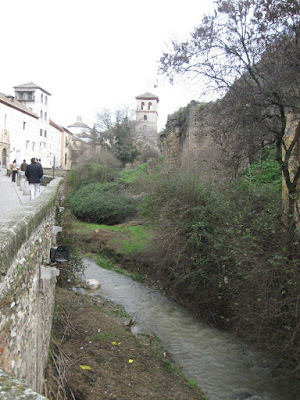