(Thanks, Roy Mathias, for all your help with photographs and writing for this post.)

We have had wanted to visit the Alhambra for many years, and this dream came true in December 2010, while Granada, and the rest of Europe was enduring its coldest winter for years.  Granada is a rugged mountain city with steep winding roads.  The Alhambra is at the top of one of these, and is a large complex including a place, mosque, fort and extensive gardens.

The Nasrid Palace is the star attraction.  One enters through a rather disappointing entrance and into a dark hall with a carved wooden ceiling and plaster work.

However, one soon sees the real Alhambra. Here is the first courtyard 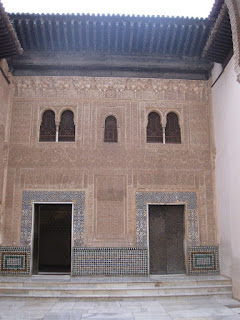 and one walks through courtyard after courtyard (details shown later)

(I never did find out what the white bowls were for.) 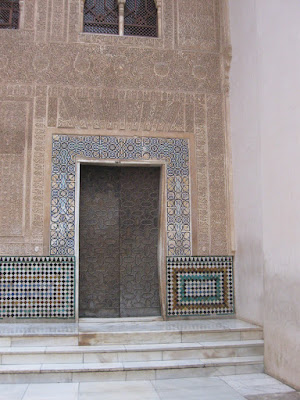 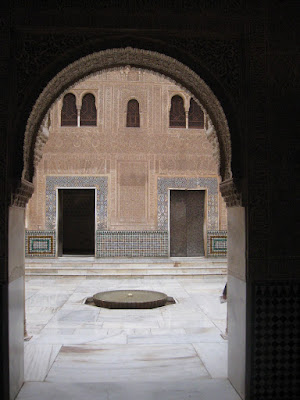 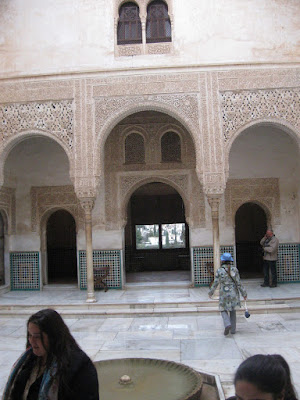 Apparently the Alhambra was designed to be renewed and redecorated by successive rulers.  Much of the decoration is plaster, and in parts, which naturally I didn’t bother photographing, on can see it in a state of decay.  The patterns were a combination of geometric patterns, as well as Islamic inscriptions.    For example “The is no Conqueror but God”, the one time battle cry of the Nasrids, is repeated over and over again on the walls.    Here are some details.  One is surrounded by these and can spend a whole day studying the patterns, if if one can’t read the inscriptions. 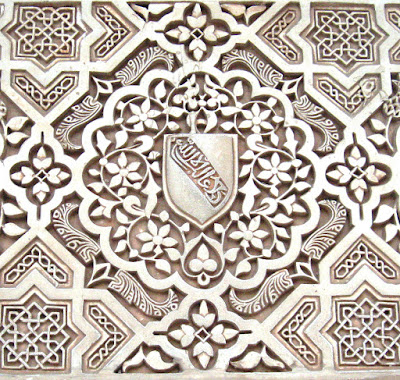 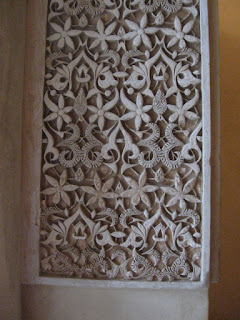 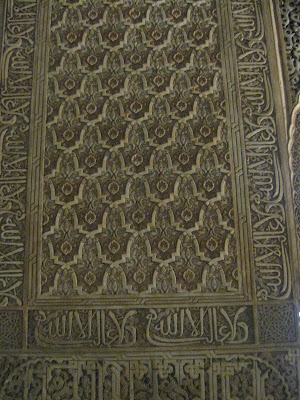 Towards the end of the tour one comes to the Courtyard of Lions.  Unfortunately it was undergoing repairs and we saw it only through scaffolding.  These pictures are from the web

A long day pleasant day, with only a few places to sit. 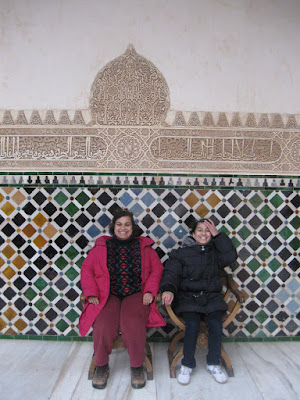