Okay, this is our sixth year in our garden, and we are finally making it look nice, a bed at a time.

In previous years, I tried to take it on with secaturs and weeding, but as I didn’t immediately put something in as I took something out, weeds took over.

This year as we remove weeds from a bed, we are putting in hellebores, which are my favourite flower, dignified, low-key, restrained, and blooming between December and April, the months when I most need an incentive to get our in the garden.

We will fill the gaps between hellebores with other shade plants–arum, bleeding hearts, heuchera, cyclamen.

Will try and post pictures of our ongoing progress.
* * *
I think I was stymied before because I just tried to remove weeds and overgrowth, but put nothing in its place.

It’s the same with breaking bad habits and addictions. You cannot get rid of a bad temper, or a reliance on chocolate, say, without putting something in its place–a deepened relationship with God, let’s say, or a taste for Scripture.

Jesus has a parable of an evil spirit cast out of a man. When he sees his former habitation all swept and empty, he returns with seven others, more evil than himself, and so the latter condition of the man was worst than the first.

The lost weight must be replaced with things to fill the void –muscle mass, or interesting things, or spirituality—otherwise one’s latter state can be worse than the first. 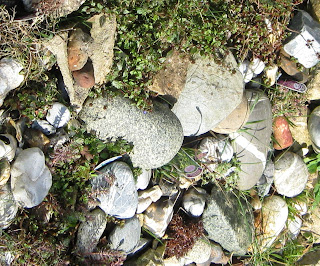 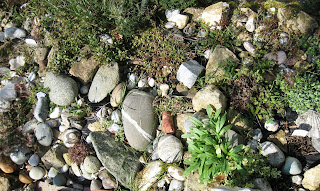