he British literary scholar, Christian apologist, and children’s-book author C. S. Lewis is one of two figures—Churchill is the other—whose reputation in Britain is so different from their reputation in America that we might as well be talking about two (or is that four?) different men. A god to the right in America, Churchill is admired in England but hardly beatified—more often thought of as a willful man of sporadic accomplishment who was at last called upon to do the one thing in life that he was capable of doing supremely well. In America, Lewis is a figure who has been incised on stained glass—truly: there’s a stained-glass window with Lewis in it in a church in Monrovia, California—and remains, for the more intellectual and literate reaches of conservative religiosity, a saint revered and revealed, particularly in such books as “The Problem of Pain” and “The Screwtape Letters.” In England, he is commonly regarded as a slightly embarrassing polemicist, who made joke-vicar broadcasts on the BBC, but who also happened to write a few very good books about late-medieval poetry and inspire several good students. (A former Archbishop of Canterbury, no less, “couldn’t stand” Lewis, because of his bullying brand of religiosity, though John Paul II was said to be an admirer.)
The British, of course, are capable of being embarrassed by anybody, and that they are embarrassed by Lewis does not prove that he is embarrassing. But the double vision of the man creates something of a transatlantic misunderstanding. If in England he is subject to condescension, his admirers here have made him hostage to a cult. “The Narnian” (HarperSanFrancisco; $25.95), a new life of Lewis by his disciple Alan Jacobs, is an instance of that sectarian enthusiasm. Lewis is defended, analyzed, protected, but always in the end vindicated, while his detractors are mocked at length: a kind of admiration not so different in its effects from derision. Praise a good writer too single-mindedly for too obviously ideological reasons for too long, and pretty soon you have him all to yourself. The same thing has happened to G. K. Chesterton: the enthusiasts are so busy chortling and snickering as their man throws another right hook at the rationalist that they don’t notice that the rationalist isn’t actually down on the canvas; he and his friends have long since left the building.
In England, the more representative biography of Lewis is the acidic though generally admiring life that A. N. Wilson published some fifteen years ago. It gives Lewis his due without forcing stained-glass spectacles on the reader. (Wilson is quite clear, for instance, about Lewis’s weird and complicated sex life.) While William Nicholson’s “Shadowlands,” in all its play, movie, and television versions, shows the priggish Lewis finally humanized by sex with an American Jewish matron, it actually reflects the British, rather than the American, view: Lewis as a prig to be saved from priggishness, rather than as a saint who saved others from their sins. 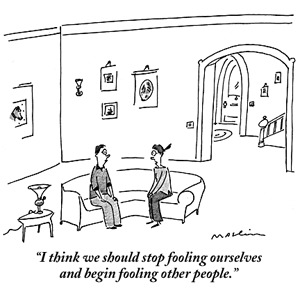 The probable, the marvelous-taken-as-fact, the marvelous-known-to-fiction—such is the triple equipment of the post-Renaissance poet. Such were the three worlds which Spenser, Shakespeare, and Milton were born to. . . . But this triple heritage is a late conquest. Go back to the beginnings of any literature and you will not find it. At the beginning the only marvels are the marvels which are taken for fact. . . . The old gods, when they ceased to be taken as gods, might so easily have been suppressed as devils. . . . Only their allegorical use, prepared by slow developments within paganism itself, saved them, as in a temporary tomb, for the day when they could wake again in the beauty of acknowledged myth and thus provide modern Europe with its “third world” of romantic imagining. . . . The gods must be, as it were, disinfected of belief; the last taint of the sacrifice, and of the urgent practical interest, the selfish prayer, must be washed away from them, before that other divinity can come to light in the imagination. For poetry to spread its wings fully, there must be, besides the believed religion, a marvelous that knows itself as myth.