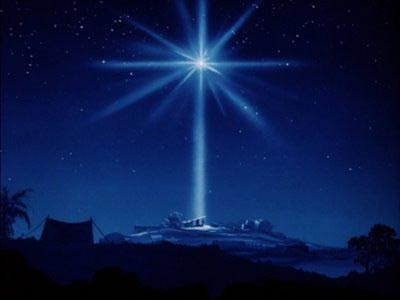 His birth could not have been more humble, more anonymous–in a manger, for there was no room at the inn.

Of their social network, only Elizabeth, Mary’s elderly cousin, confined by pregnancy, and married to the priest Zechariah who was temporarily dumb, had been told.

And so God splashed a new star in the sky, luring Magi, wise men from the east, astrologers and astronomers to Bethlehem, bringing news of the birth to King Herod. Shepherds heard angels sing of it.

God brought about all the connections Jesus needed.

Today, as in the Prophet Habakkuk’s day, “The nations exhaust themselves for nothing.”

We live in a harried world of self-reliance, in which we can feel that everything depends on us.

Our world tells us exhausting things like, “It’s not what you know, but whom you know.”

We are told that new media—blogging, tweeting and Facebook– has eliminated the old gatekeepers; that now anyone can socially network their way into success, fame, and influence.

Right! To the old imperative of doing the work, we’ve added the new imperative to network to get our work out there, to get the word out.

And all this makes us busier and more tired.

But, oh man and woman loved by God, the one whose birth we are celebrating offers us rest.

Do your work peacefully, and leave your PR in the hands of a very clever God, who used stars and angel song so that, within days, the news of the birth of his son went viral.  He will be more creative than you could ever imagine.

Put your hope in him.

At the end of this year, we cannot do better than to put our work, our lives, and our futures into his hands who promises us joy, peace, and answered prayer.

And to do so is exciting, for he specialises in surprises.

A new star in the sky: who would have thought of it?

I am entrusting my life to him today.