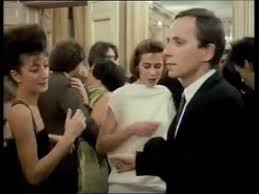 Full Moon in Paris or Les Nuits de la Pleine Lune belongs to Eric Rohmer’s Comedies and Proverbs series. It is based on the proverb “He who has two women loses his soul, he who has two houses loses his mind.”
Louise is restless with her stable adoring lover, who wants her to stay in and be with him. She feels he is taking away her youth.
She also feel that she is missing out on experience. She has rarely been alone. She has never known the pain of loneliness. She has never loved more than she has been loved.
Louise rents an apartment in Paris to be alone, and revels in the rhythms of solitude. She wins hard -won absences from her lover to be in Paris, to go dancing with her Platonic lovers, and then, despite her assurances to “go all the way” with a man she picks up at a party.
Along the way, she is breaking the heart of her stable, decent lover, who just wants to be a family man in the suburbs. “Have an affair too,” she advises. “I wouldn’t care.”
At the movie’s end, he does; she does.
It’s the story of the growing-up of a mixed-up woman.
I like Rohmer’s films because they are slow explorations of the psyche of his characters, and this interests me as much as it does him.
And they are in French. I might possibly get restless if they were English films, or dubbed. But I have been learning French intensively for the last two years, and hearing it, understanding it, that language like music, gives me great pleasure and great joy.
* * *
And here is an interesting obituary of Eric Rohmer who died at 89