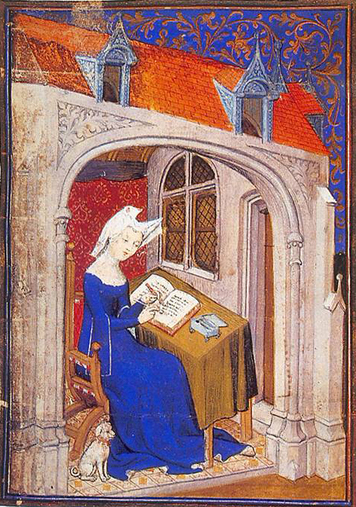 We are listening to A Praying Life by Paul Miller, a wonderful book on prayer in the car. (I was, incidentally disciplined by the author for almost five years, as he mentions in the book).

Anyway, Miller tells us that he often prays aloud. Jesus did so in his High Priestly Prayer in John 17, and his anguished prayers at Gethsemane. (However, Jesus also encourages us to pray in the privacy of our rooms so that our prayers don’t impress people (rather than God)…and thereby lose us the secret reward God gives those who pray.)

“Praying out loud can be helpful because it keeps you from getting lost in your head. It makes your thoughts concrete,” Miller writes. “When I confess a sin aloud, it feels more real. I’m surprised by how concrete the sin feels. I’ve even thought, ‘Oh I guess that was really wrong.’ On the way to a social event, I will pray aloud in the car that I won’t fall into lust or people pleasing. My prayers become more serious.”

However, when I find it hard to focus on prayer, what helps me is not praying out loud (I live with two daughters, one husband, one Golden Retriever, and one Labradoodle, and don’t want to startle any of them) but writing out my prayers.

When I pray my thoughts meander in the natural way of thoughts. Writing out my prayers helps me redirect my thoughts to the subject I was praying about so that I can saturate that worry in prayer, make sure I have heard God on it, and am acting in accordance with his directives. (This is particularly important for unanswered prayers so one senses the story God is writing in our lives).

I like to put my worries into the petri dish of prayer, so to say, bathing them in prayer, and continuing to “pray until something happens.” Written prayers help me “worry the bone of a prayer,” until light and clarity emerges as to what God might be doing in the things I am praying about, and what he wants me to do.

(Interestingly, though, Miller says prayer should be like human conversation between friends, meandering, free-flowing, playful. So if, in the middle of praying-worrying about how I am writing less than I want to, I start praying-worrying that I am exercising a bit less than I want to, and then that the room I am praying in is a tad messier than I want it to be…Miller would suggest praying about the latest worries that have popped up their groundhog heads instead of dragging prayer back to the first worry. Confess. Ask for help. Ask for strategy. And who knows? Perhaps the solution to the first worry—disappointing productivity–lies in the next two: not enough exercise, not enough tidying up!! Yes, indeed!)

The Circle Maker by Mark Batterson is another prayer-changing, hope-refilling book on prayer. Just as Jesus does, Batterson encourages us to pray about anything. Wild dreams, wild-goose dreams, dreams we are afraid to vocalize, dreams we can only keep alive because the Creator of the Universe can do and create anything… The dreams that we are embarrassed to say aloud, we can write down. And in the process of writing them down, they feel a little bit more real. “Dreaming is a form of prayer and prayer is a form of dreaming,” as Batterson says.

We often don’t know our own hearts and minds and spirits. That is why people go to therapy!! Expressive writing is a form of therapy. So too is prayer journaling.

In the process of putting it down, in stark black and white, clarity comes about what I really want—which women socialized to be nice and obliging often don’t know!!

The actions and emotions of my own heart that I am less than proud about get unveiled and gradually repented of. The hurts and slights, the slings and arrows of interpersonal relationships which could metastasize into a cancer of unforgiveness if brooded over are released and forgiven…

Write out your confusion and lack of clarity. The areas of your life where you are not sure what God is doing, or the direction in which your life is veering. I often feel I know very little about my own life, the plot God is writing in and through it, the direction in which he is bending it, and what he wants me to do… Prayer helps me to understand the story that God is writing in my life a little better, and written prayer clarifies and focuses my heart-prayer.

The Circle Maker: Praying Circles Around Your Biggest Dreams and Greatest Fears on Amazon.co.uk and on Amazon.com.

A Praying Life: Connecting with God in a Distracting World by Paul Miller on Amazon.co.uk and on Amazon.com.