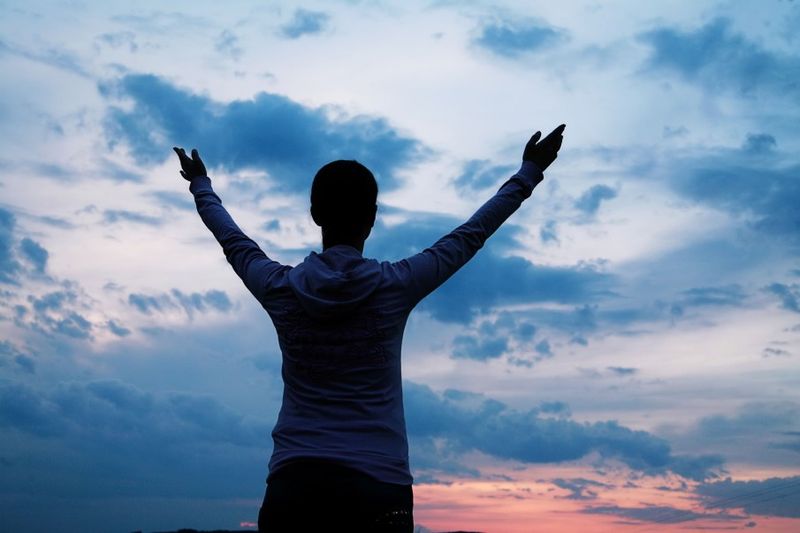 I would like to have been successful in everything I did the first time round. Sure, I would.

And some things I have failed in, yeah, sure, I would rather have been successful in.

However, what failure has taught me is to learn to lean.

In that way, ironically, it has brought me peace, even more perhaps than success which merely propels you up the ladder, substituting one level of hard work and stress for another.

I am learning to substitute God-confidence for self-confidence. When faced with something challenging, I say to myself, “Well, who knows how I am going to manage that, negotiate that, keep my head above water during that, but I guess I will lean on God, and God will help me, and will tell me what to do, minute by minute.”

The Song of Songs has a beautiful line, “Who is this coming up from the desert leaning on her beloved?” (Song of Songs, 8:5).

She who has failed, who is no longer supremely self-confident, who knows she needs to lean.  That’s who.

I am reading the story of Jacob in Genesis. Jacob is self-confident, tricky, unscrupulous. He’ll stop at nothing to get what he wants. He exploits Esau out of his birthright, deceives Isaac into giving him Esau’s blessing.

And all this achieves is that Jacob is now on the run from Esau, hiring himself out to his uncle Laban, who tricks him into serving seven years for Leah whom he does not want, besides the seven year for Rachel, whom he does want.

But Jacob is strong and he does it.

And Leah gives him four sons.

Had God not intervened, Jacob would, in fact, have been condemned to a hard life of getting everything he wanted through cleverness or trickery or hard work. What a treadmill!

So God, for now, does not allow Rachel to bear children.

And Jacob is faced with something hard, something inexorable which he could not get around by trickery, or deceit or even hard work.

He is faced with his powerlessness in all the really huge things—such as life itself.

And in despair, Rachel says, “Give me children, or I’ll die.”

And Jacob became angry with her and said, “Am I in the place of God who has kept you from having children?” (Gen 30:2).

And this perhaps is a turning point in the story of Jacob.

He has reached a barrier which neither charm, nor guile, nor hard work could cross.

He needed God, and acknowledges his need for him.

And from this point, his story begins to turn.

All his trickery achieved was that instead of gaining Esau’s birthright, he had to run away from home with just the clothes on his back, fleeing from Esau’s wrath.

But now, broken, he acknowledges his powerlessness and need for God.

And God begins to bless him. Though his bumbling experiments with cattle breeding have no basis in science, God allowed them to succeed (Gen 30).

By the end of the chapter, we are told, “Jacob became exceedingly prosperous, and came to own large flocks, and maidservants and menservants and camels and donkeys.” (Gen 30:43).

For me, reaching that point has consistently opened the door to better things, to learning to listen and lean.

My first business, embarked in 2006, with enthusiasm, but without much prayer, was unsustainably exhausting. It was through desperate prayer, that, in 2007, I “heard” God whisper the idea for a new business, which now supports our family.

And, in 2006, my memoir had reached top agents in the UK and the US, but each wanted changes, and I didn’t know how to make them, and had lost enthusiasm and love for the project, and so laid writing down, to found a business so my girls could go to the very academic private school I judged right for them.

I resumed writing in 2010, after “hearing” God suggest blogging, and the pressure of writing every day in public smashed my perfectionism about writing, my fear of writing anything that was not unassailable, my preciousness, my fear of criticism.

When I first started, a mean reader at a Writers’ Conference criticised the grammatical structure of a sentence, and I lost confidence, more so when a powerful woman assailed my style, (along with lots of praise, but the criticism froze me). Now when my writing is criticised, I no longer take it personally. I say “Yeah,” and fix it. Or “Yeah,” and leave it.

I am constantly putting my writing in God’s hands, again and again, because it is the easiest thing to take out of his hands. But in his hands, it has the possibility to reach more people, and do more good than it ever would in my own hands, so take it, Lord Jesus, bless it.