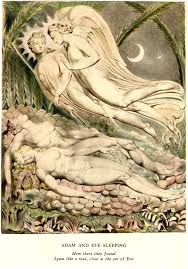 I love “The Battle Hymn of the Republic,” by Julia Ward Howe. It has a mysterious perfection: the rhythm, the evocative words, the allusions, the beautiful language create a loveliness  greater than the sum of its parts.

Mine eyes have seen the glory of the coming of the Lord:

He is trampling out the vintage where the grapes of wrath are stored;

He hath loosed the fateful lightning of His terrible swift sword:

His truth is marching on.

His truth is marching on.

I have seen Him in the watch-fires of a hundred circling camps,

They have builded Him an altar in the evening dews and damps;

I can read His righteous sentence by the dim and flaring lamps:

His day is marching on.

I have read a fiery gospel writ in burnished rows of steel:

“As ye deal with my contemners, so with you my grace shall deal;

Let the Hero, born of woman, crush the serpent with his heel,

Since God is marching on.”

He has sounded forth the trumpet that shall never call retreat;

He is sifting out the hearts of men before His judgment-seat:

Oh, be swift, my soul, to answer Him! Be jubilant, my feet!

Our God is marching on.

In the beauty of the lilies, Christ was born across the sea,

With a glory in His bosom that transfigures you and me:

While God is marching on.

He is coming like the glory of the morning on the wave,

He is Wisdom to the mighty, He is Succour to the brave,

So the world shall be His footstool, and the soul of Time His slave,

Our God is marching on.

On the night of November 18, 1861, Julia Ward Howe awoke with the words of the song in her mind and in near darkness wrote the verses to the “Battle Hymn of the Republic.”

Of the writing of the lyrics, Howe remembers, “I went to bed that night as usual, and slept, according to my wont, quite soundly. I awoke in the gray of the morning twilight; and as I lay waiting for the dawn, the long lines of the desired poem began to twine themselves in my mind. Having thought out all the stanzas, I said to myself, ‘I must get up and write these verses down, lest I fall asleep again and forget them.’ So, with a sudden effort, I sprang out of bed, and found in the dimness an old stump of a pen which I remembered to have used the day before. I scrawled the verses almost without looking at the paper.”

Wow! To whom are these mysterious gifts of creativity handed out?

Generally to those who have long trained themselves waiting for the angel. “If the angel comes, it will be because you have wooed him by your grim resolve to be always a beginner,” Rainer Maria Rilke muses. Rilke suffered for most of his life from torturing writers’ block. Beauty, images, art, ideas, poetry filled his mind; he was, however, unable to express them in poetry.

Rilke said that as he was walking, depressed, by the cliffs near Duino Castle, he heard a voice call out to him, “Wer, wenn ich schriee, hörte mich denn aus der Engel Ordnungen?” which became his famous Duino Elegy,

Who, if I cried out, would hear me among the angels’ hierarchies?

And even if one of them pressed me suddenly against his heart:
I would be consumed in that overwhelming existence.

His writers’ block was broken, and The Duino Elegies flowed forth in a torrent.

Milton claimed that he was visited nightly by an angel or muse who dictated cantos of Paradise Lost to him. In the morning, his daughters found the blind poet, already up, neatly dressed, and waiting to be “milked” of his verses, which he dictated to them.

Milton however, at the age of 14, had decided to become one of the great poets in English. His goal: “To write something which the world would not willingly let die.” He spent his youth in arduous preparation, so much so that by the time he began writing Paradise Lost at the age of 50, he was blind (the result of the years from his early teens spent reading late into the night by candlelight); had an brain incomparably stocked with poetry and learning, but had written nothing substantial.

But the angel came, and he did indeed write something that the world would not willingly let die.

My father had memorized the opening of Paradise Lost, and I remember the opening sentence with a thrill of pleasure. It’s so beautiful, so majestic, that reading it now, after some years, I almost cry with pleasure,

Of Man’s first disobedience, and the fruit

Of that forbidden tree whose mortal taste

Brought death into the world and all our woe,

With loss of Eden, till one greater Man

Restore us and regain the blissful seat,

Sing, Heav’nly Muse, that on the secret top

Of Oreb, or of Sinai, didst inspire

That shepherd who first taught the chosen seed

In the beginning how the heav’ns and earth

Rose out of Chaos; or if Sion hill

Fast by the oracle of God, I thence

Invoke thy aid to my advent’rous song,

That with no middle flight intends to soar

Above th’ Aonian mount, while it pursues

Things unattempted yet in prose or rhyme.

And chiefly thou, O Spirit, that dost prefer

Before all temples th’ upright heart and pure,

Instruct me, for thou know’st; thou from the first

And mad’st it pregnant: what in me is dark

Illumine, what is low raise and support,

That to the highth of this great argument

I may assert Eternal Providence

And justify the ways of God to men.

Wow! What a long amazing sentence!

Paradise Lost comes, it comes as if dictated by an angel, but it comes to the blind poet who had spent his life preparing to write it. The Duino  Elegies were “overheard” by the poet who also spent a life of sacrifice in preparation.

Poetic inspiration comes suddenly, as if the unconsciously suddenly ripens, to those who had laboured long  and hard, for much of their lives to receive it.

In contrast is William Blake, an untaught visionary poet who was more in touch with Heaven than with our world.  At the age of four, the young artist “saw God” when God “put his head to the window.”

At the age of eight or ten in Peckham, Blake claimed to have seen “a tree filled with angels, bright angelic wings bespangling every bough like stars.”

Do I believe him?  Actually, yes!

“I know that our deceased friends are more really with us than when they were apparent to our mortal part. Thirteen years ago I

lost a brother, and with his spirit I converse daily and hourly in the spirit, and see him in my remembrance, in the region of my imagination. I hear his advice, and even now write from his dictate,” Blake wrote.

Blake continues, “Felpham is a sweet place for Study, because it

is more spiritual than London. Heaven opens here on all sides

her golden Gates; her windows are not obstructed by vapours;

It was while he lived in Felpham, Sussex, that Blake wrote
the perfect Jerusalem.