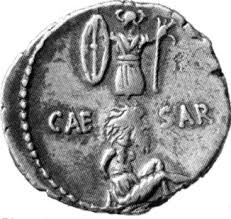 22 When they came together in Galilee, he said to them, “The Son of Man is going to be delivered into the hands of men. 23 They will kill him, and on the third day he will be raised to life.” And the disciples were filled with grief.

24 After Jesus and his disciples arrived in Capernaum, the collectors of the two-drachma temple tax came to Peter and asked, “Doesn’t your teacher pay the temple tax?”

25 “Yes, he does,” he replied.
When Peter came into the house, Jesus was the first to speak. “What do you think, Simon?” he asked.
Jesus frequently asks this question in Matthew’s Gospel. Note the Socratic teaching method Jesus employs. He does not just tell Peter the answer. He asks a question.
“From whom do the kings of the earth collect duty and taxes—from their own children or from others?”
26 “From others,” Peter answered.
“Then the children are exempt,” Jesus said to him.
The children of the King are exempt from taxes, Jesus seems to say??
ESV note–Jesus signals that with the coming of the Kingdom, believers are no longer under OT law, but the law of Christ.
27 “But so that we may not cause offense, go to the lake and throw out your line. Take the first fish you catch; open its mouth and you will find a four-drachma coin. Take it and give it to them for my tax and yours.”
But we should pay them so that we may not cause offense
And if you pay them, so as not to cause offence, money to pay them will be provided by the Lord.
NIV note. Jesus did not want to let an inconsequential matter provide an obstacle to faith in him on the part of the Jews.
Read my new memoir: Rosaries, Reading, Secrets: A Catholic Childhood in India (US) or UK.
Connect on Facebook: https://www.facebook.com/anitamathiaswriter/
Instagram: https://www.instagram.com/anita.mathias/
Twitter: https://twitter.com/AnitaMathias1
My book of essays: Wandering Between Two Worlds (US) or UK