The Village of Ewelme, Oxfordshire

The Village of Ewelme, Oxfordshire

We had an idyllic wander last weekend, though Ewelme, Oxfordshire, which must be one of the world's  most beautiful villages, though not as celebrated as Bruges and Ghent, for instance.

There was a charming medieval church, unchanged since it was reordered in 1437.  We are taking a course in Medieval cathedrals at Oxford University and have learnt that the reason there are relatively few medieval cathedrals in England, (as opposed to Europe) was because they built in wood. It was a late medieval church, and pretty much changed since it was reordered in 1436, by Alice de la Pole, granddaughter of Geoffrey Chaucer!! 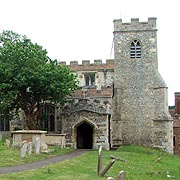 I loved the massive East stained glass window, a Crucifixion, with the bystanders wearing doublet and hose, bright red and bright green. An amusing failure of the historic imagination, but it certainly helped ours, as we tried to imagine the late medieval men and women who had built this church. 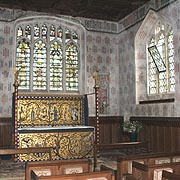 There was an impressive eagle pulpit and brass lectern. 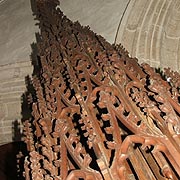 I love wandering around graveyards, and have done so since I was a child. This was a particularly interesting one.  We met a middle-aged sprightly villager, with bright blue eyes, and a cheerful birdlike manner, who escorted us to Jerome K. Jerome's grave and said "Do you know what K. stands for? You will never guess. Let me show you," and then, triumphantly, showing us "Klapka." Goodness! We photographed the grave near him, that of a "Seller of Books, Soldier, Actor, and Sportman." Goodness again–the English sure are a nation of charming and self-confident dilettantes!!

We snooped around the school, founded in 1437, as a free grammar school, and which is the oldest continuously operating free school in England, probably in the world!! Mullioned windows, massive roof beams, very picturesque. Hard to imagine ICT being taught in this medieval building.

Between the church and school were cloisters, originally almhouses for poor men. The foundation still has money, and so they house 12 men and women of reduced means for a pittance. What lovely surroundings to live in if you are of reduced means!!

Ewelme also has medieval scholarships for clever children, one of which my daughter holds–which is why we were particularly interested in exploring the village.

The other curiosity of this charming medieval village– a charming willow-draped duck pond, and water-cress beds, 6 acres of them running the length of the village. I wanted to take a handful for our salad, but was dissuaded since it is now a nature reserve. 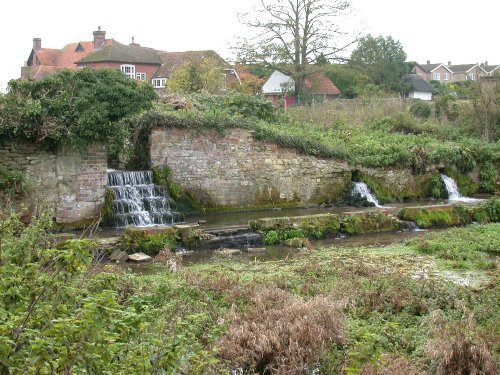 After a day exploring on foot we asked "Where Pizza Hut?" to enjoy the Kids eat free deal

This offer has been extended until Jan 9, 2011.  The details are:  For every adult main course or adult lunchtime buffet purchased, an accompanying child can choose from either a FREE 2 course kids meal (includes a drink) or a FREE kids lunchtime buffet (includes pizza, pasta and salad).  For more information see http://bit.ly/a1DhgJ