Interior of the Cathedral at Reims

I researched medieval cathedrals today. They were constructed over generations through a collaborative effort of entire towns.In the 12th Century, in Chartres, women from all social classes carried construction materials and food for the Cathedral builders, and powerful men, proud of their birth and of their wealth, harnessed themselves to the shafts of a cart and dragged along stones and wood. Sometimes, a thousand people, men and women, were harnessed to the same wagon, so heavy was the load. And all this happened in total silence. From time to time, the procession stopped and everyone sung hymns.

The 12th century Abbot Suger who essentially invented Gothic Architecture.  He planned to fill his Abbey Church of St. Denis, near Paris, with “the most radiant windows” so that worshippers, surrounded by rainbowed light would feel inspired and closer to God. Medieval craftsman, transformed sand by fire into jewels and More Light, the credo of Gothic architecture. 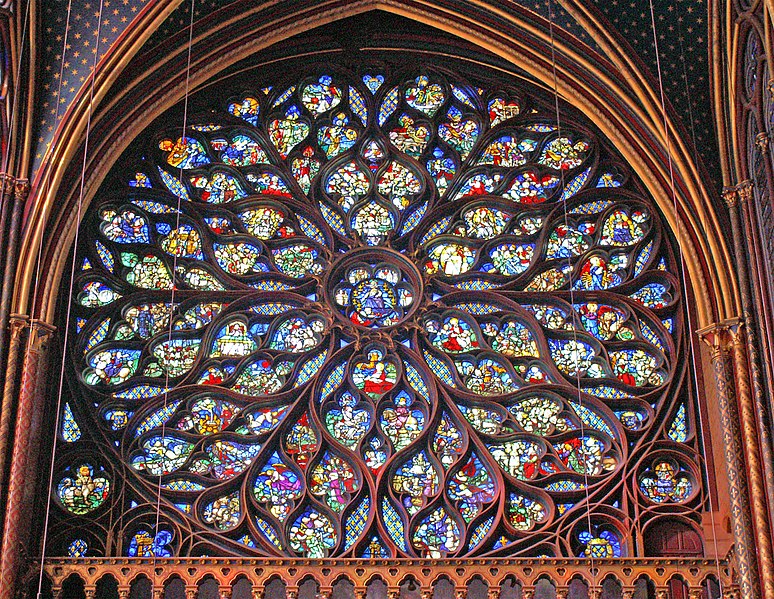