I’ve lived in Oxford for 14 years now (in two instalments) and try to walk around the Blenheim Gardens and grounds once a year, if not once a season. I love the lakes: they get me.

And, often, when I visit the gorgeous gardens of stately homes, I feel a twinge of envy. I would not feel envy if they had earned them by their labour as Julian Fellowes, creator of Downton Abbey earned his seventeeth century manor house in Dorset. The immense inherited wealth in Britain, as in Blenheim or Chatsworth, sometimes does make me feel envious, though both estates, of course, leverage and make their inherited largesse to make even more money, as is necessary in a country with high taxation, like the UK.

“I am a bit envious,” I tell Roy. “What beauty to enjoy every day! And just to have inherited it!!”

But then, as we walk around, I realise that it would take a particular temperament to live happily in Blenheim Palace, and that I might not have it.

It would, oddly, take much tolerance for imperfection. As I walked through the Secret Garden, my fingers itched as I saw weeds and plants needing dead-heading. And this despite a crew of gardeners.

You have to make peace with a crew of gardeners who cannot keep up with the garden–just as you yourself cannot!

You sacrifice privacy–for running a palace and its grounds must take an veritable armada of cleaners, housekeepers, groundsmen and gardeners.

You are pierced with worries, for the ultimate responsibility of keeping an ageing building and its furnishings shiny ultimately falls on to you.

And in this daily piercing with mundane responsibility, even with the money to throw at each hydra head of things which need to be done, you surely would not have time to be a writer.

So, though living in Blenheim Palace, with its gorgeous grounds, would be many people’s definition of the good life, it would not be the good life for me. Too many worries, and distractions. Too little privacy!

I read an American survey a decade or so ago which asked people how much money they needed to live happily; the respondents, across the income levels, said $10,000. In other words, everyone wanted just a little bit more money.
Oddly enough though, the really moneyed classes have produced relatively few creative people–writers, artists, film-makers. Keeping up with one’s lifestyle appears to siphon off energy and ambition. Each extra thing you own adds stress and worry and distraction to your life. And, for those artists who eventually became very wealthy, their best work was in the period of relative poverty.

Christianly speaking, envy, I guess, is rebellion against the plan God has chosen for your life… the IQ, family income, gifts, nationality, he has given you. At times, one wishes God had given us more–I have certainly have–but we develop both our characters and our gifts as we seek to work against constraints (of time, of our own talent, of our weakness of character, of the shortage of money or energy or strength).

Envy is wanting to live in someone else’s story–a futile wish!!–instead of trying to write the best story we can with our own life. And one can always revise the story of one’s life to make it read better. Small leveraged changes will inevitably bring about other bigger and bigger changes.

And the gifts and character we develop as we struggle in this “vale of soul-making” are certainly more precious than if we had them handed to us on a platter, like Blenheim Palace is handed down to generation after generation of the Marlboroughs. 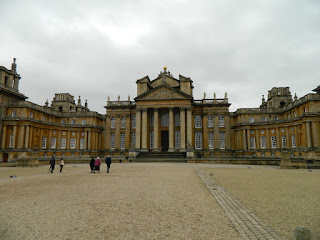 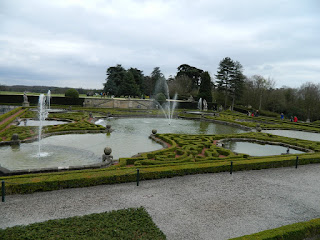 We came to Blenheim to walk in the gardens.  It was daffodil season 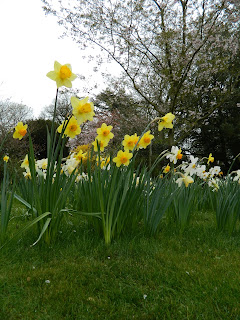 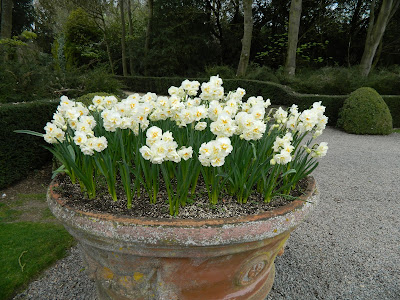 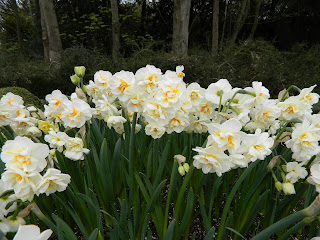 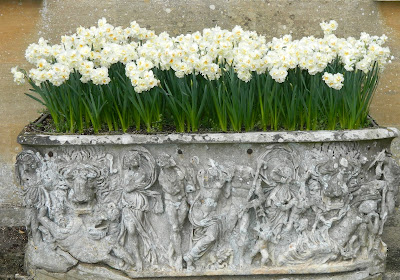 The Secret Garden, pictured below, was renovated in 2003, and opened to the public in 2004.

with a single mallard 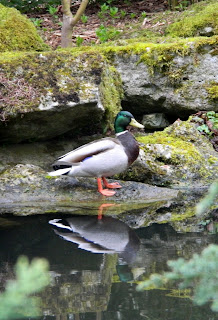 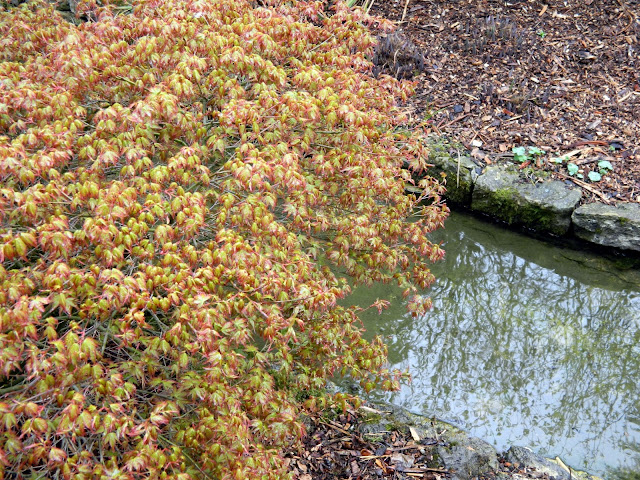 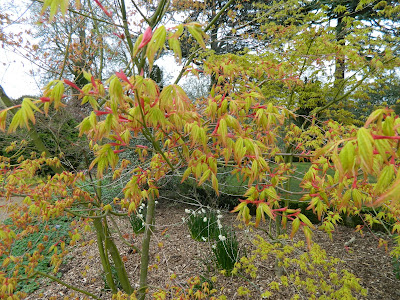 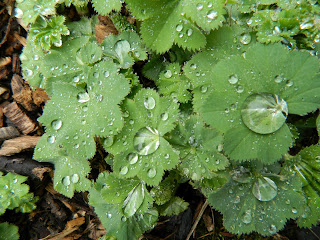 A couple of shots of the Italian garden, which is not open to visitors

The gardens are filled with statuary.  |Here is one of the smaller ones on the top of a pillar. 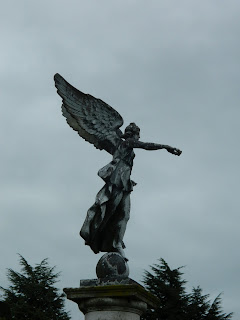 Finally, the estate is full of wonderfully gnarled trees: 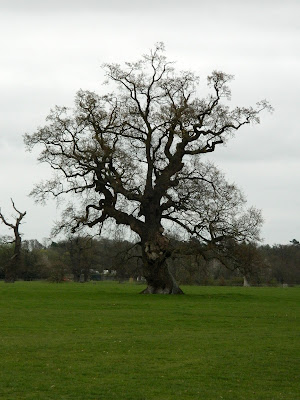 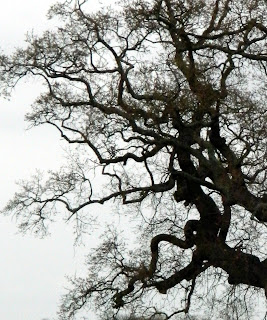 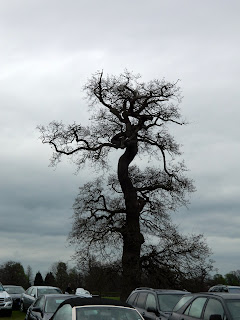