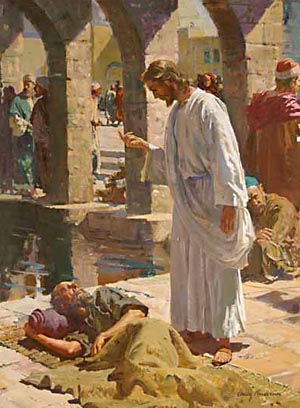 A haunting passage in Carl Gustav Jung’s memoir, Memories, Dreams, and Reflections, describes a woman from whom horses, dogs and people fled, for they sensed dark guilt within her.

“A lady came to my office. It was apparent that she belonged to the upper levels of society. She had been a doctor, she said. What she had to communicate to me was a confession; some twenty years ago she had committed a murder out of jealousy. She had poisoned her best friend because she wanted to marry the friend’s husband. She had thought that if the murder was not discovered, it would not disturb her. She wanted to marry the husband, and the simplest way was to eliminate her friend. Moral considerations were of no importance to her, she thought.

The consequences? She had in fact married the man, but he died soon afterward, relatively young. During the following years a number of strange things happened. The daughter of this marriage endeavoured to get away from her as soon as she was grown up. She married young and vanished from view, drew farther and farther away, and ultimately the mother lost all contact with her.

This lady was a passionate horsewoman and owned several riding horses of which she was extremely fond. One day she discovered that the horses were beginning to grow nervous under her. Even her favourite shied and threw her. Finally she had to give up riding. Thereafter she clung to her dogs. She owned an unusually beautiful wolfhound to which she was greatly attached. As chance would have it, this very dog was stricken with paralysis.

With that, her cup was full; she felt that she was morally done for. She had to confess, and for this purpose she came to me. She was a murderess, but on top of that she had also murdered herself. For one who commits such a crime destroys his own soul. The murderer has already passed sentence on himself.

If someone has committed a crime and is caught, he suffers judicial punishment. If he has done it secretly, without moral consciousness of it, and remains undiscovered, the punishment  can nevertheless be visited upon him, as our case shows. It comes out in the end. Sometimes it seems as if even animals and plants “know” it. As a result of the murder, the woman was plunged into unbearable loneliness. She had even become alienated from animals.

And in order to shake off this loneliness, she had made me share her knowledge. She had to have someone who was not a murderer to share the secret. She wanted to find a person who could accept her confession without prejudice, for by so doing she would achieve once more something resembling a relation-ship to humanity. And the person would have to be a doctor rather than a professional confessor. She would have suspected a priest of listening to her because of his office, and of not accepting the facts for their own sake but for the purpose of moral judgment. She had seen people and animals turn away from her, and had been so struck by this silent verdict that she could not have endured any further condemnation.

Sometimes I have asked myself what might have become of her. For that was by no means the end of her journey. Perhaps she was driven ultimately to suicide. I cannot imagine how she could have gone on living in that utter loneliness.” (Memories Dreams Reflections, Carl Gustav Jung, p 122)

And guilt, unconfessed, unforgiven can lead to terrible paralysis, literally or metaphorically.

Which brings me to Jesus’ fascinating encounter with the paralytic (Matt 9: 1-8). He says, “Take heart, son. Your sins are forgiven.”

Challenged by the Pharisees, he turns from the root cause to the manifestation and says, “Get up, take up your mat and go home.”

And the man does so.

A healthy spiritual life requires the daily practice of confession and receiving forgiveness. “Forgive us our sins,” the Lord’s Prayer teaches us to say. And, equally importantly, he teaches us to extend the self-same forgiveness to others.

Otherwise, terrible guilt we have not confessed and asked forgiveness for, or terrible sadness and anger at the effect of others’ sin upon us can leave us “paralysed.”

Paralysed? There are many 21st century manifestations. A deep sadness or depression or anxiety, that renders it impossible to move on, to pursue meaningful action, to pursue dreams. These mental disorders affect 26.2 of the US population in any given year, according to the National Institutes of Mental Health, and 25% of the British population every year, according to the Mental Health Foundation (to look at stats from the two countries I’ve boomeranged between for the last 29 years).

Eastern State Hospital was a massive psychiatric hospital at the edge of Williamsburg, Virginia, where I lived for 12 years. A Christian psychiatrist, who worked there, famously said that if people would accept God’s forgiveness, and so be absolved from their guilt, Eastern State would be almost empty overnight. I believe it.

I recently was overwhelmed with sadness and guilt over my actions. A member of my family had wanted something very badly, and I did not support them fully, partly because I was sure they would achieve it without my active hovering, and partly because I was absorbed and abstracted by my own work. And their big break did not initially work out.

I was so sad, so paralysed by guilt and sadness for a few days. Tossing and turning in the night, I “heard” these words, “Your guilt is taken away, and your sin atoned for.” (Isaiah 6:7). (One of the benefits of stocking your mind with Scripture is that it surfaces in your hour of need!)

I sighed with relief. My guilt had indeed been taken away, and my sin atoned for by Jesus, wondrous but true news.

And after, again, expressing my sorrow to God and the person whom my actions had affected, it was time to “get up and walk,” smiling as one whose guilt had been taken away and sin atoned for.