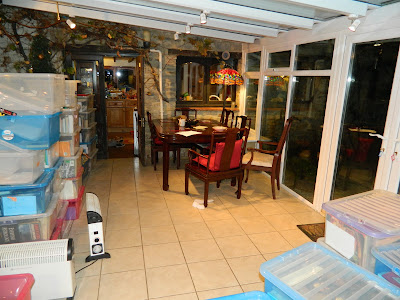 This is Paul’s prescription for peace. Perhaps these things–whatever is true, noble, right, pure, lovely, admirable, excellent or praiseworthy–which flow from God, escort us into the presence of God, which is peace.

I feel ambivalent about that verse. It seems so goody-goody and blinkered, as if one was deliberately ignoring the dark and shadow side of life.

And would one not then be ill-equipped to deal with evil when it confronted you? Bruno Bettelheim’s study of fairy-tales, The Uses of Enchantment argues that fairy tales are a gentle introduction to the darkness the child will definitely face, within herself, probably; outside herself, very likely. (My children, very sadly, found Andersen too heart-breaking, some of Oscar Wilde, too cruel, and Grimm, well, too grim–so I didn’t get to read many fairy tales to them.)

I am reading One Thousand Gifts, Ann Voskamp’s tribute to positive thinking and gratitude. How does dwelling on the pain and anguished of the world help the anguished? she asks.

But by gratitude for the goodness and joy in the world we help mend one of the cracks in the world: our own hearts, and our own ability to be rejoice and be glad.

And one whole, happy woman overflowing with joy is perhaps of more use to the world than a wide-eyed one, who knows all about all the evil in the world, whose weeping eyes have been pierced by the Ice Queen’s shards.

I have unconsciously adopted some of this as my mantra for some years. For instance, I resist seeing movies or reading books about the Nazi concentration camps; pogroms, Soviet Gulags, or the horrors of Communist regimes; anything to do with sadism or torture; the suffering of animals; or movies or books with too much violence, war, human degradation, or violent and degrading sex (as opposed to eroticism). Or, mostly, thrillers as I get too stressed watching them.

My children haven’t watched such films either, and are extraordinarily sensitive as a result. We’ve been a no-TV household, which means we are very intentional about what we watch (though we have box sets of Downton Abbey; ssshh Game of Thrones and documentaries).

We decided not to have TV when we got married since watching the news is more time-consuming  than skimming the papers, besides, we could always watch DVDs of the best programs. (Andrew Weil says watching the news increases one’s stress, anxiety and depression; the news is structured to make you feel all is wrong with the world.) Also, we wanted to have more family time, to have quietness in the house, to resist the pressures of consumerism caused by subliminal advertising, and to have children who would read because the atmosphere was relatively distraction-free.

I am sifting through thousands of books, deciding which ones to keep.

The verse helped me—books which deal with evil, suffering, ugliness, “perversion” are chucked, unless they have extreme redeeming literary merit. I am not interested in bleak, dystopian views of the world.

Because, you see, I know I am acting in a comedy. I know how it is going to end. I have read Revelation. The world ends with a return to order, with a wedding, with dancing, feasting and merriment.

So as I sift through thousands of books, I am using two yardsticks

(In my teens, I read everything, thrillers, mysteries, romances… I have been a bit of a purist since then. I have barely read a thriller, a mystery or a romance since my late teens!!  Yeah, rarefied reading habits!)

2) And the second yardstick I’ve used, very roughly, is Philippians. Does it deal with what is true, right, noble, pure, lovely, admirable, excellent or praiseworthy?

And if it doesn’t, is it really, really well-written?– I’ve real almost all of Rushdie’s novels, and listened to almost all of Toni Morrison’s on tape. Or am I very interested in the subject matter? Or the author’s style

There are bleak, brutal, scarifying novels, like Arundhati Roy’s The God of Small Things, which are exquisitely written and constructed. I have read it twice, both because it was set in the India of my childhood, an intimately familiar setting, and because I was interested in her experiments with language, and the structure of her plot.

But if a book fails both tests—it’s neither well-written, nor interesting and edifying– what conceivable good is reading it going to do me?

Reading about evil weakens the spirit. It clouds it with fear. It shakes and depresses you. There is little good which can come of it.

But I am not going to content myself with a diet of Pollyanna either.

Thankfully, there is a huge middle ground between the Nazi concentration camps and Pollyanna.