Why do we equate genius with precocity?

RELATED LINKS
Audio: Malcolm Gladwell on artists’ gifts.
What I.Q. doesn’t tell you about race.
Criminal profiling made easy.
Should a charge of plagiarism ruin your life?

en Fountain was an associate in the real-estate practice at the Dallas offices of Akin, Gump, Strauss, Hauer & Feld, just a few years out of law school, when he decided he wanted to write fiction. The only thing Fountain had ever published was a law-review article. His literary training consisted of a handful of creative-writing classes in college. He had tried to write when he came home at night from work, but usually he was too tired to do much. He decided to quit his job.
“I was tremendously apprehensive,” Fountain recalls. “I felt like I’d stepped off a cliff and I didn’t know if the parachute was going to open. Nobody wants to waste their life, and I was doing well at the practice of law. I could have had a good career. And my parents were very proud of me—my dad was so proud of me. . . . It was crazy.”
He began his new life on a February morning—a Monday. He sat down at his kitchen table at 7:30 A.M. He made a plan. Every day, he would write until lunchtime. Then he would lie down on the floor for twenty minutes to rest his mind. Then he would return to work for a few more hours. He was a lawyer. He had discipline. “I figured out very early on that if I didn’t get my writing done I felt terrible. So I always got my writing done. I treated it like a job. I did not procrastinate.” His first story was about a stockbroker who uses inside information and crosses a moral line. It was sixty pages long and took him three months to write. When he finished that story, he went back to work and wrote another—and then another.
In his first year, Fountain sold two stories. He gained confidence. He wrote a novel. He decided it wasn’t very good, and he ended up putting it in a drawer. Then came what he describes as his dark period, when he adjusted his expectations and started again. He got a short story published in Harper’s. A New York literary agent saw it and signed him up. He put together a collection of short stories titled “Brief Encounters with Che Guevara,” and Ecco, a HarperCollins imprint, published it. The reviews were sensational. The Times Book Review called it “heartbreaking.” It won the Hemingway Foundation/PEN award. It was named a No. 1 Book Sense Pick. It made major regional best-seller lists, was named one of the best books of the year by the San Francisco Chronicle, the Chicago Tribune, and Kirkus Reviews, and drew comparisons to Graham Greene, Evelyn Waugh, Robert Stone, and John le Carré.
Ben Fountain’s rise sounds like a familiar story: the young man from the provinces suddenly takes the literary world by storm. But Ben Fountain’s success was far from sudden. He quit his job at Akin, Gump in 1988. For every story he published in those early years, he had at least thirty rejections. The novel that he put away in a drawer took him four years. The dark period lasted for the entire second half of the nineteen-nineties. His breakthrough with “Brief Encounters” came in 2006, eighteen years after he first sat down to write at his kitchen table. The “young” writer from the provinces took the literary world by storm at the age of forty-eight. 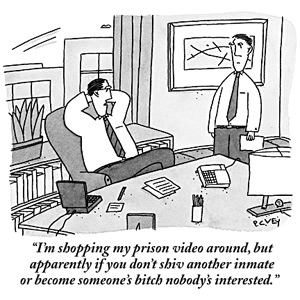 The imprecision of their goals means that these artists rarely feel they have succeeded, and their careers are consequently often dominated by the pursuit of a single objective. These artists repeat themselves, painting the same subject many times, and gradually changing its treatment in an experimental process of trial and error. Each work leads to the next, and none is generally privileged over others, so experimental painters rarely make specific preparatory sketches or plans for a painting. They consider the production of a painting as a process of searching, in which they aim to discover the image in the course of making it; they typically believe that learning is a more important goal than making finished paintings. Experimental artists build their skills gradually over the course of their careers, improving their work slowly over long periods. These artists are perfectionists and are typically plagued by frustration at their inability to achieve their goal.

You ask me an odd question. Of course one can work here, as anywhere else, if one has the will. Paris offers, further, an advantage you can’t find elsewhere: the museums in which you can study the old masters from 11 to 4. This is how you must divide your time. From 6 to 11 you go to a studio to paint from a live model; you have lunch, then from 12 to 4 you copy, in the Louvre or the Luxembourg, whatever masterpiece you like. That will make up nine hours of work. I think that ought to be enough.

Zola goes on, detailing exactly how Cézanne could manage financially on a monthly stipend of a hundred and twenty-five francs:

I’ll reckon out for you what you should spend. A room at 20 francs a month; lunch at 18 sous and dinner at 22, which makes two francs a day, or 60 francs a month. . . . Then you have the studio to pay for: the Atelier Suisse, one of the least expensive, charges, I think, 10 francs. Add 10 francs for canvas, brushes, colors; that makes 100. So you’ll have 25 francs left for laundry, light, the thousand little needs that turn up.

Camille Pissarro was the next critical figure in Cézanne’s life. It was Pissarro who took Cézanne under his wing and taught him how to be a painter. For years, there would be periods in which they went off into the country and worked side by side.
Then there was Ambrose Vollard, the sponsor of Cézanne’s first one-man show, at the age of fifty-six. At the urging of Pissarro, Renoir, Degas, and Monet, Vollard hunted down Cézanne in Aix. He spotted a still-life in a tree, where it had been flung by Cézanne in disgust. He poked around the town, putting the word out that he was in the market for Cézanne’s canvases. In “Lost Earth: A Life of Cézanne,” the biographer Philip Callow writes about what happened next:

Before long someone appeared at his hotel with an object wrapped in a cloth. He sold the picture for 150 francs, which inspired him to trot back to his house with the dealer to inspect several more magnificent Cézannes. Vollard paid a thousand francs for the job lot, then on the way out was nearly hit on the head by a canvas that had been overlooked, dropped out the window by the man’s wife. All the pictures had been gathering dust, half buried in a pile of junk in the attic.

All this came before Vollard agreed to sit a hundred and fifty times, from eight in the morning to eleven-thirty, without a break, for a picture that Cézanne disgustedly abandoned. Once, Vollard recounted in his memoir, he fell asleep, and toppled off the makeshift platform. Cézanne berated him, incensed: “Does an apple move?” This is called friendship.
Finally, there was Cézanne’s father, the banker Louis-Auguste. From the time Cézanne first left Aix, at the age of twenty-two, Louis-Auguste paid his bills, even when Cézanne gave every indication of being nothing more than a failed dilettante. But for Zola, Cézanne would have remained an unhappy banker’s son in Provence; but for Pissarro, he would never have learned how to paint; but for Vollard (at the urging of Pissarro, Renoir, Degas, and Monet), his canvases would have rotted away in some attic; and, but for his father, Cézanne’s long apprenticeship would have been a financial impossibility. That is an extraordinary list of patrons. The first three—Zola, Pissarro, and Vollard—would have been famous even if Cézanne never existed, and the fourth was an unusually gifted entrepreneur who left Cézanne four hundred thousand francs when he died. Cézanne didn’t just have help. He had a dream team in his corner.
This is the final lesson of the late bloomer: his or her success is highly contingent on the efforts of others. In biographies of Cézanne, Louis-Auguste invariably comes across as a kind of grumpy philistine, who didn’t appreciate his son’s genius. But Louis-Auguste didn’t have to support Cézanne all those years. He would have been within his rights to make his son get a real job, just as Sharie might well have said no to her husband’s repeated trips to the chaos of Haiti. She could have argued that she had some right to the life style of her profession and status—that she deserved to drive a BMW, which is what power couples in North Dallas drive, instead of a Honda Accord, which is what she settled for.
But she believed in her husband’s art, or perhaps, more simply, she believed in her husband, the same way Zola and Pissarro and Vollard and—in his own, querulous way—Louis-Auguste must have believed in Cézanne. Late bloomers’ stories are invariably love stories, and this may be why we have such difficulty with them. We’d like to think that mundane matters like loyalty, steadfastness, and the willingness to keep writing checks to support what looks like failure have nothing to do with something as rarefied as genius. But sometimes genius is anything but rarefied; sometimes it’s just the thing that emerges after twenty years of working at your kitchen table.
“Sharie never once brought up money, not once—never,” Fountain said. She was sitting next to him, and he looked at her in a way that made it plain that he understood how much of the credit for “Brief Encounters” belonged to his wife. His eyes welled up with tears. “I never felt any pressure from her,” he said. “Not even covert, not even implied.” ♦