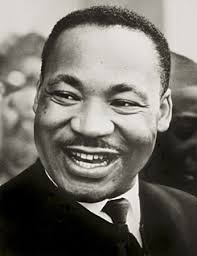 Some of us are old enough to remember
the balcony in Memphis,
the sanitation workers’ strike,
the shot that broke flesh,
the loss of Martin,
and then the mule-drawn wagon, and the funeral,
and the riots, the violence, the fear, and the failure.

All of us know the crowd in D.C.
and “I Have a Dream,”
the Birmingham jail,
the broad stream of violence,
and his steadfast nonviolence
in Albany and
in Skokie and
in Selma.

All of us know his awesome, daring speech,
his bravery, his hope, and his generative word.
And we know the relentlessness of our government in pursuit of him
and the endless surveillance and harassment of this drum major for justice.

At this distance, we have little access
to how it was then concerning ambiguity
and fear
and reluctance
and violence
and injustice.

We do not doubt that through him and beyond him,
you, holy God of the prophets,
are still pledged to justice and
peace and
liberty for all.

We remember Martin in gratitude . . .
and chagrin.
And we pledge, amid our stressed ambiguities,
to dream as he did,
to walk the walk,
and to talk the talk of your coming kingdom.

We pledge, so sure that your truth
will not stop its march
until your will is done on earth as it is in heaven.

From  Prayers for a Privileged People