listen), was our second stop in Denmark.  Another medieval city with some lovely buildings and gardens.
Here are some photos of the Cathedral, Odense Domkirke or Sct. Knuds Kirke, also known as St. Canute’s Cathedral
The cathedral is again very white on the inside. 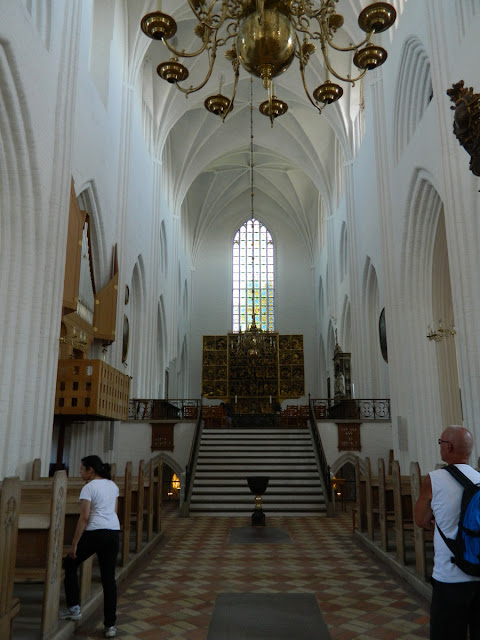 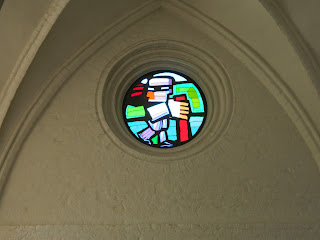 A portrait of a prominent family at the back of the cathedral. 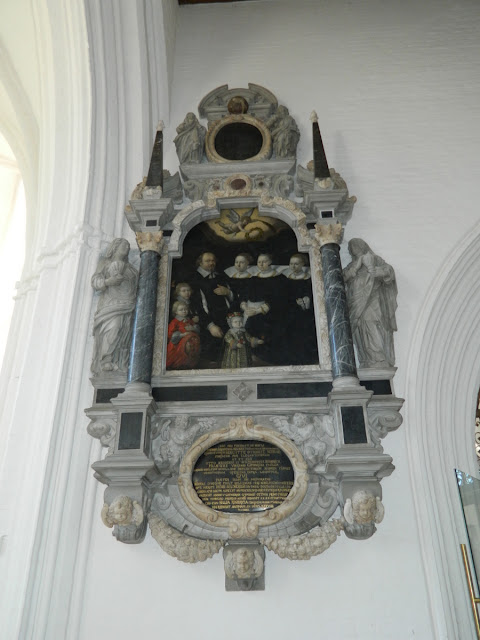 The intricate Claus Altarpiece (not removed after the Reformation) is one of the highlights of the cathedral. 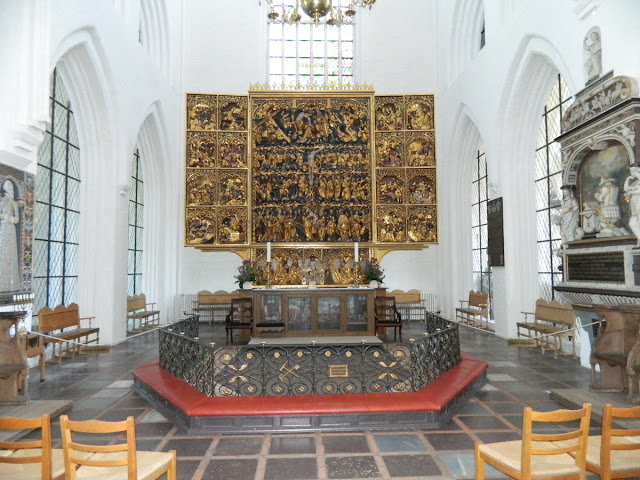 Here are some of closeups 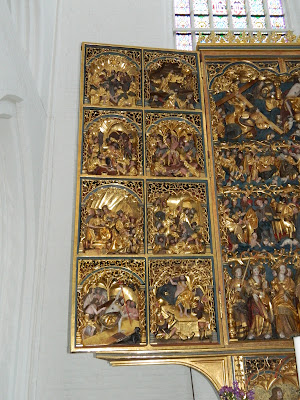 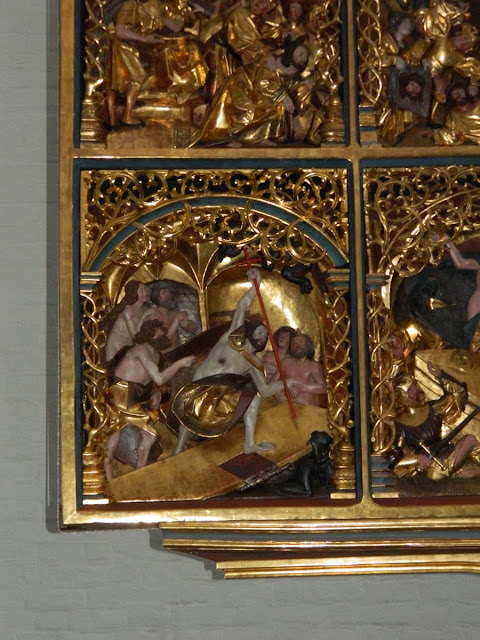 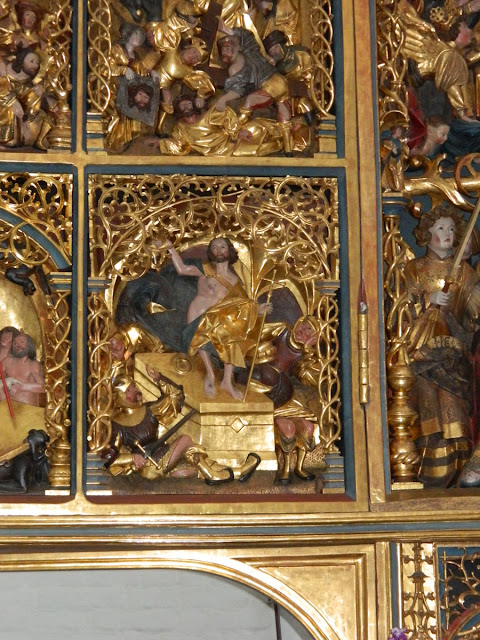 A locked chapel containing several chests decorated with gilded mermaids, guarded by the angel of death. 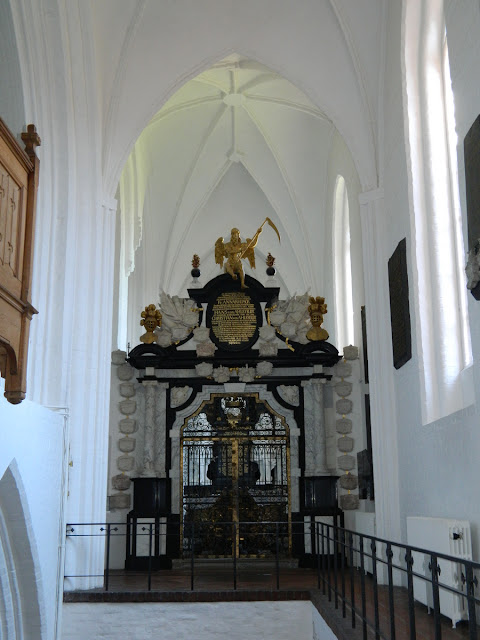 It was not easy to photograph the mermaids on hte corners of the chests through the locked gates. 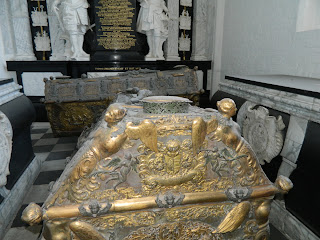 The second “highlight” of the cathedral, down in the crypt,  is the skeleton of King Canute who mas murdered at kneeling at the altar after receiving communion, while attempting to take refuge in the church.  Canute was the same Canute who tried to invade England–his antics are described in Wikipedia. 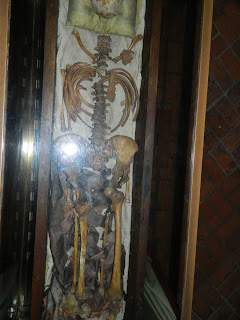 Canute’s brother Benedict who also died in the siege of the Cathedral.  His skeleton is also displayed, but is not so well preserved.  There is a plaque honoring him 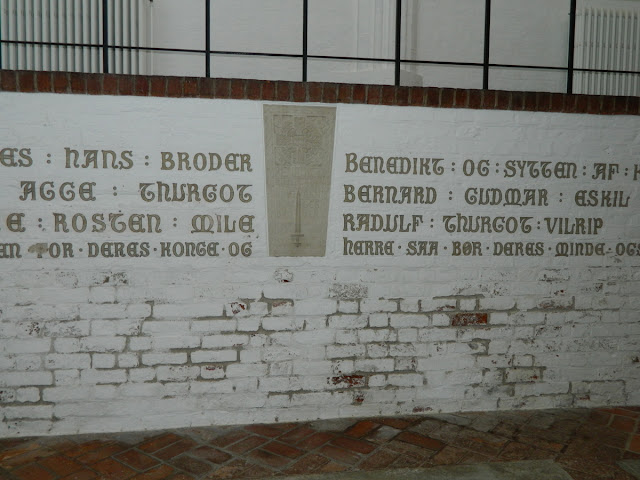