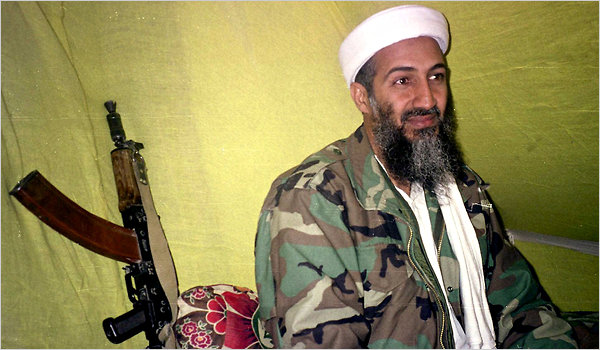 I remember watching Osama Bin Laden’s televised interview with Al-Jazeera sometime before the 2004 US presidential elections.

For the first time, he openly took responsibility for the attack on the World Trade Center.

He explained how he watched the US bomb towers in Lebanon in 1982, which then burst into flames with men, women and children in them.

And then he said, simply, that he wanted Americans to feel something of the misery and powerlessness his Arab brothers felt.

Of course, I obviously don’t sympathize with that act of violence–which will, however, go down in history as one of the most ingenious, audacious and in a twisted way, conceptually brilliant attack by a private citizen on a powerful nation. It ranks up there in military history with the perhaps mythical account of the Trojan Horse.

With the sacrifice of 19 willing young volunteers, he threw the world’s largest economy and most powerful nation into a downward spiral from which it has not yet recovered.
* * *

I think about Osama off and on. I have several times prayed for the most hunted man in the world.

I am committed to non-violence in the way Jesus taught. I am interested in what happens if one follows non-violence in personal relationships. Sometimes, in a micro-scale, in personal relationships, when I am criticized, rightly or wrongly; when I am subjected to angry words, I just remain silent, leaving my vindication with God. No good comes out of retaliation, revenge, rage, returning anger with anger.
* * *

Osama was not a Christian. He saw towers full of Arab men, women and children burn. He wanted something to be done about it. He said, he wanted American to feel what his Arab brothers felt. As the American poet, Bob Haas might have put it, to awaken their moral imagination.

As a private citizen, not a writer, not a blogger, was there anything else he could have done to protest injustice?

Meeting violence with violence is an intuitive, instinctive response.

Jesus tells us it does not work. I absolutely believe him.

On the face of it, violence has always seemed an effective way for private citizens to protest the injustices of the world.

However, as Gandhi said, meditating on Jesus’s words, “an eye for an eye leaves the whole world blind.”
* * *

Non-violence and gentleness works on a micro-level, in personal relationships, I believe (though I have not practised it nearly enough) because there is a factor of X, the power of God, which comes into a situation and changes it, when one is gentle, one does not defend oneself, but instead relies on God for his protection.

And how would this work on a macro-level in world politics?

Hmm. I do not know the answer?