We have been in Ravenna, Italy this week.

Dante who died in Ravenna describes it as a”a symphony of colour.” Yeats hails the Byzantine mosaics here as “monuments of undying intellect.”

Ravenna is famous for its Byzantine mosaics, constructed over the the third and 6th century A.D. The best known is San Vitale, which was begun in 525 AD under the Roman Emperor Theodoric, and completed in 548 under the Emperor Justinian.
Justinian, is interestingly best known for marrying Theodora, a child prostitute and circus performer, and later a courtesan. She had a reputation for calculated cruelty, arranging “disappearances” of anyone who went against her.

I can think of modern parallels to these “disappearances!!”

Here is Justinian in San Vitale,

And here is Theodora

The mosaics have everything–deep blue skies, rich green meadows,  brightly coloured birds and flowers. Ducks, bulls, lions, dolphins and even a phoenix!
As Yeats described them in Sailing to Byzantium
This is no country for old men. The young
In one another’s arms, birds in the trees
–Those dying generations–at their song,
The salmon-falls, the mackerel-crowded seas,
Fish, flesh or fowl commend all summer long
Whatever is begotten, born and dies.
Caught in that sensual music all neglect
Monuments of unaging intellect.
II

An aged man is but a paltry thing,
A tattered coat upon a stick, unless
Soul clap its hands and sing, and louder sing
For every tatter in its mortal dress,
Nor is there singing school but studying
Monuments of its own magnificence;
And therefore I have sailed the seas and come
To the holy city of Byzantium.

III
O sages standing in God’s holy fire
As in the gold mosaic of a wall,
Come from the holy fire, perne in a gyre,
And be the singing-masters of my soul.
Consume my heart away; sick with desire
And fastened to a dying animal
It knows not what it is; and gather me
Into the artifice of eternity.

IV
Once out of nature I shall never take
My bodily form from any natural thing,
But such a form as Grecian goldsmiths make
Of hammered gold and gold enamelling
To keep a drowsy Emperor awake;
Or set upon a golden bough to sing
To lords and ladies of Byzantium
Of what is past, or passing, or to come 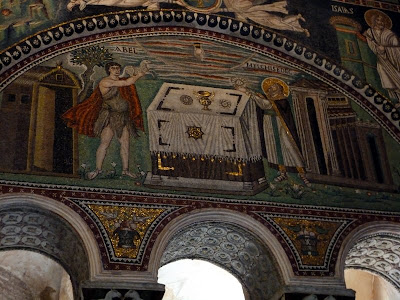 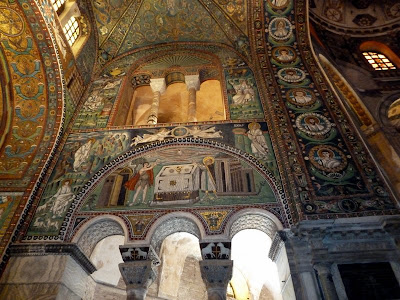 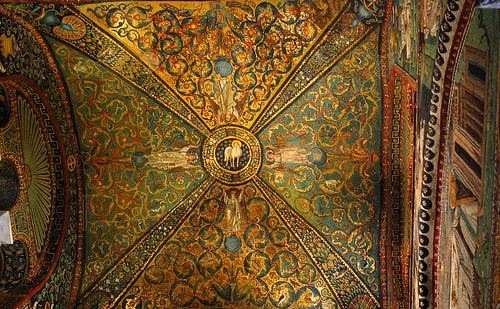