We’re having an Oxford Christmas today and like Scrooge, I am thinking of Christmases past.

Oxford  and Christmas. Both words come to me freighted with so many associations, memories, traditions, books, films, experiences.

Our family said that we would go to the Christmas Day service at our church, St. Aldate’s which usually does all things well (barring the occasional high decibel-osity of the worship music). But somehow none of us believed that we would really go.

We keep Christmas Day as the one sacred family day, and though I love having people over, the children would rather not have Christmas guests. (I am planning to invite people over on Christmas Eve next year, as our church is running a program to open your home to internationals over Christmas).

In our house, it’s a do as you like day. Christmas presents opened in pyjamas. The roast–duck or goose or turkey–put in still in pyjamas. The kids being very loud without being hushed.

The aromas of the roast bird filling the house. A slow meal. Christmas cake. A family game. A family DVD perhaps (Inkheart today).

It’s a day to relax and decompress, and those are the associations it has for us, a long day of resting, relaxing, family fun and decompressing. It’s like a Sunday without homework, or church or any housework.

We enjoy it so much that when travel over Christmas, we used to have a Mathias Christmas Day a week before. We’d have presents, turkey, Christmas music, rest, relax and have a family day on Dec 6th or 12th or 19th, whenever the postman had delivered the last present.

And then, around Christmas, we travelled. Sometimes California or Florida. Or Mexico, Costa Rica, Madrid, Barcelona. What struck me in these Spanish-speaking countries was that Christmas was was not an indoors private event as in English-speaking countries. Whole families went out into the public squares. When it was really, really crowded, they walked in curvy crocodiles, arms on each other’s shoulders, whole extended families together. They looked at the crib. They bought Navidad goodies. They celebrated together.

Our family is somehow immune to the craziness of Christmas. I used to send Christmas cards and letters to friends and family. I hated the task, and it was a pall over Christmas. Now I don’t send any cards or letters at all. I call my mother, and get together with close friends. I even gave up the Christmas letter, because I didn’t quite see the point of it.

When we were first married, I read a stress reducing tip for Christmas. Go to Christmas parties and events, but don’t have your own. Everyone is over-stretched anyway, so enjoy people without adding a stress to anyone’s calendar. And so we hibernate, making the most of all the social events, though we often have a day of cookie making, and invite the girls’ friends over, which they seem to enjoy.

Presents have gradually been retired from our Christmases. I personally have reached the stage where there is no particular material thing I really want. So I’ve sort of said “no Christmas presents” to Roy, or if I see something extravagant, like a sequinned shawl in a peacock pattern made to a Victorian pattern in the Pre-Raphaelite exhibition in the Ashmolean, I tell Roy he can buy it for me early. Actually this year, he wanted something. A fleece or two, and a pair of clogs. And by telling me he wants them for Christmas, he can get out of the dread task of shopping which he hates.

Presents for children are something else. We used to give them just a few things until they went to school (in America) where for weeks before Christmas, the little children talked about what they were getting for Christmas. I guess, being young myself then, I didn’t want my children to feel sad when they inevitably compared notes.

So I got catalogues, and clicked and clicked. Each year of Christmas presents was more extravagant than the previous one. Though the girls were thrilled with their presents,saying’ thank you Mum and Dad,’ and giving us each a hug  began to be an effort. By the end of the Christmas bling, everyone’s cheeks hurt. The last year that we were in America, we gave them 14 presents each, and spent $1600 on presents.  Because we had ten for Zoe, and nine for Irene, then bought 1 more for Irene, and saw 2 lovely things, then had to buy one more for Zoe, but bought two more. It’s like trying to cut hair perfectly straight. Too much. Too, too much. None of us are tidy people. Where to store all these things? Which to play with first? How to keep parts together? A mistake! We overwhelmed those little girls with presents.

And then, we moved to England, where houses are smaller. The first Christmas here, we gave them £50 each in lovely golden shiny pound coins, and 50 pences, and 20ies, tens and fives and 1s. We scattered these all over the house. Irene, who was five woke up, saw them, and stopped spell-bound, picking them up, and playing with them quietly in the corridor. When Zoe woke up, she said in awed tones, “Zoe, there’s MONEY in the house.” She had had a head start, but they raced around for ages, finding money in the bathtub, corridors, stove, every possible place. Some was never found as is the case with treasure hunts!!  They remember the surprise of their treasure hunt as a magical memory. 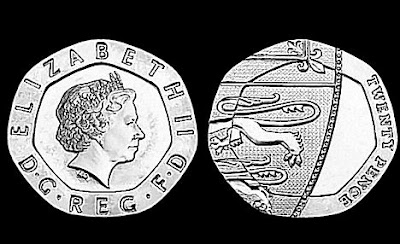 We had one extravagant Christmas in England, when we left shopping till Christmas eve, and then scoured the shops, spending something like £1000 trying to find the elusive perfect gift. Some of the presents bought in that panic of exhaustion, the girls have not worn very much. Some they love.

No more. Now we just give them one or two things on Christmas Day, and then give them a largish budget for the sales afterwards, to get the year’s wardrobe. I sometimes go with them, sometimes not. I really, really hate crowds and sales, and would rather pay more to get the perfect item than snap up things because they are cheap. However, it must be said that things are seriously cheap in post-Christmas sales.
There are several inches of snow on the ground. We often have a Christmas Eve ramble but this year, I don’t know if I am going to summon up the gumption to leave my house.
What a retrospective ramble. Since this is my first year of blogging, we don’t yet have a family policy of whether blogging is okay on Christmas Day while the turkey is being prepared for the oven.. That is Zoe and Roy’s job. I have never learned to cook well–and have given up on trying to learn to cook decades ago. Within the first few months of our 21 year old marriage actually. There are some men who never cook, which is deemed okay. Why not have some women who never cook? Yeah, I think blogging is okay on Christmas Day.