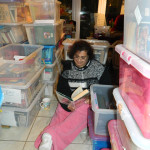 I finally started a massive project —getting rid of all the books from my second-hand books business  which I had for a couple of intensive years, and a couple of desultory years.
Progress, as you can see, was slow.
* * *
But internally, where all that really matters happens, progress has been made.
I’ve worked for 4 days like a Benedictine, balancing ora et labora, work and prayer, thought and creativity.
I’ve always been enamoured by the Benedictine ideal of balance–especially when it’s theoretical. When one actually has to do it: BAH-humbug, the Labora part is highly overrated!! I said to my soul in disgust.
* * *
Of course, I didn’t really need to do this. But you see, during the years of the business, I came across so many lovely art books, gardening books, Christian books, nature, photography, history, biography, literature, poetry and children’s books, which I would have loved to keep. And so many that I did not want to keep. So I needed to sort them, keepers, givers-away to prevent myself drowning in books.
And I was feeling grumpy sorting through these boxes, givers/keepers because you see what I really want to do is pray, read and contemplate scripture, blog, write, garden, and run. Not sort books.
Then I read this blog by Michael Hyatt which says your mental state and attitude are highly dependent on the language you use. Don’t say “I have to,” Hyatt advises; say, “I get to.”
And so I said to myself, with great truth,
I get to sort through 240 boxes of 50 books each, books I have already sifted and discarded the junk from, and keep whatever I want! How great the love the Father hath given that I get to keep the best of 240 boxes of art, poetry, literature, Christian, nature, history, biography, gardening, children’s books, travel and photography books.
And I immediately felt happier.
* * *
Whatever dark or desperate situations you face,  there is almost surely a silver lining in them because of the goodness of God. Something positive in them. Search it out. Thank God for it.
And as surely as dawn follows the night, your emotional state will begin to change. It will mirror your honest thanksgiving. You will feel happier. 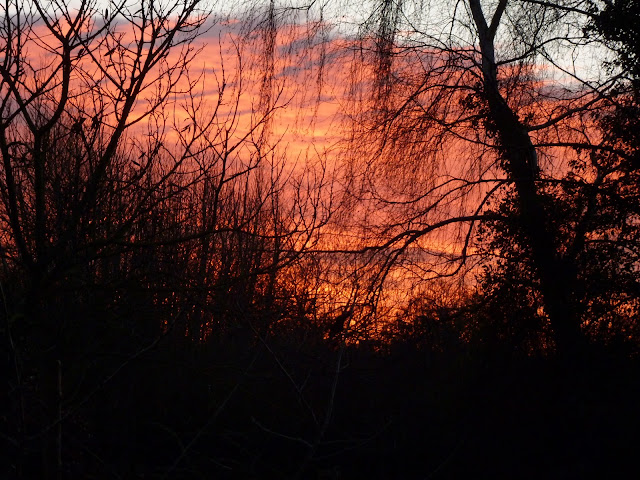 Behold what manner of love the Father has given that we should be awake for this!
Mathias Garden, sunrise, Jan 4th, 2011 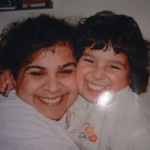 You can tell the depth of a man’s walk with God by looking at the countenance of his wife’s face: Bill McCartney, Founder of Promise Keepers.

Bill McCartney was formerly the head football coach at the University of Colorado, and led his team to the national championship in 1990.
He said, “My last year as a coach was in 1994. My team was undefeated and was ranked third in the nation.
And then a visiting preacher said: ‘Do you want to know whether a man has character or not? All you have to do is look at his wife’s countenance, and everything that he’s invested or withheld will be in her face.’”
“I turned and looked at my wife, Lindi,” McCartney said. “I didn’t see splendor. I saw torment. I didn’t see contentment; I saw anguish. And I tried to defend myself, but I couldn’t. That’s really the reason I stepped out of coaching. I realized that before God I was a man without character.”
* * *
When I attended a Presbyterian(PCA) Church in Williamsburg, Virginia, the men went off to Promise Keepers meetings on Saturdays. I, however, told Roy I would rather he stayed home and invested in the children and housekeeping than went off to a meeting which told him to do just that.
Roy and I were youngish Christians, and accepted a lot of what we heard uncritically. And so, for several years, when we wanted to assess if a man’s walk matched his talk, if private reality was the same as public projected image, if looking good was the same as being good, we looked at his wife’s countenance.
A face in repose, when it is unaware of being looked at, tells the truth. Bitterness, anguish, struggle, meanness, goodwill, prayer, gratitude—these repeated emotions carve expressions on a face as surely as glaciers carve river valleys. The unguarded expressions on a face tells the story of an inner life.
And so we began to notice, laughing at our private joke, many marriages “between the rich and the poor.” Where the man–pastor, apologist, evangelist, pastor, charity head–had the peace, and the wife had the pieces. Where he spoke lyrically, and her unguarded expression suggested she was keeping her act together with difficulty, that if she could do what she really wanted to do, she would place her head on her hands, and weep. Zombie expressions, hunted rabbit eyes, faces with strain carved into them: I saw these expressions on the wives of many men in ministry. Her Story. Meanwhile he spoke of the glories of the Lord.
What’s the old adage? HisStory was him walking on water. Her Story was total submersion, holding him up from beneath.
*  * *
You can tell the depth of a man’s walk with God by looking at the countenance of his wife’s face.
Many truths capable of being summarised in a sentence are, in fact, half-truths.
Women and men are, in fact, responsible for their own spiritual lives. While a loving spouse makes everything easier, as Christians we do get to choose our response.
We get to choose whether we will be thankful in all things, or not. Whether we will grow bitter or kind. Whether we will return good or evil, or not. Whether we will forgive, or not. Whether we will pray for the selfish over-ambitious spouse, or bemoan our lot. Whether we will contemplate Christ, or the unbearable strain of our lot. Whether we ourselves will be truthful and honest or get caught up in the charade of our spouse’s public image, even if it kills us. Whether we will choose pride or humility.
While perhaps our countenance might tell you a lot about our spouse and our marriage, God has given each of us the ability to choose our own holiness, and our own happiness, and the address at which we choose to live. Rooted and grounded in the love of Christ, or swayed by the shifting shadows of our day to day lot.
* * *
Ruth Bell Graham, married to the most-travelled Christian leader of the century, maintained her own spiritual life, spiritual disciplines, and close relationship with Christ. Here she is

I read a painful biography called Man of Vision, Woman of Prayer by Marilee Dunker, daughter of Bob Pierce who founded World Vision. His single-minded, driven, globe-trotting ways caused the break-up of his marriage, much anguish to his spouse, and, she says, contributed to a daughter’s suicide. 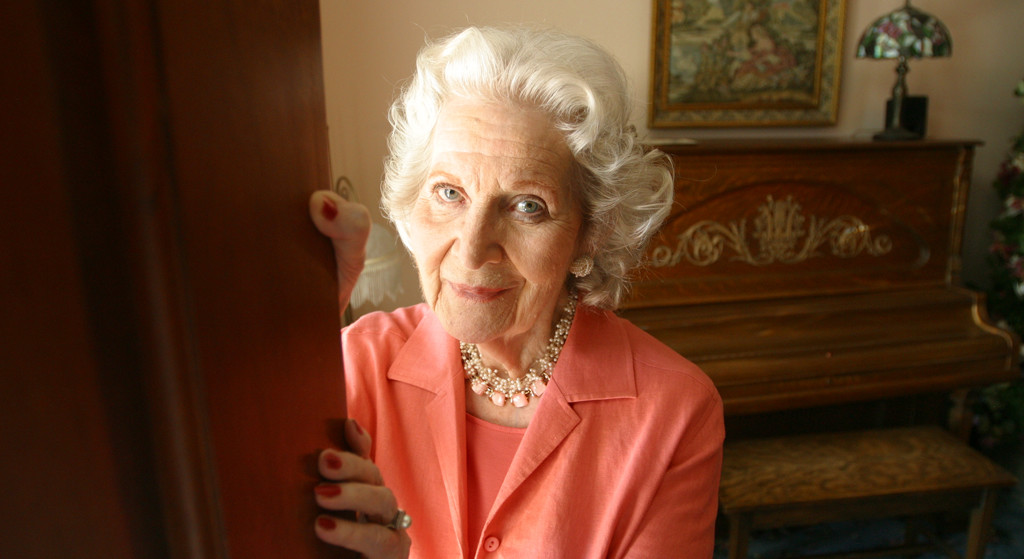 Two wives of similarly driven, ambitious Christian leaders. One becomes a happy and fruitful angel; one lands up separated, lonely and miserable.
Our husband cannot determine our countenances. We choose them–and they are the fruit of numerous small decisions. Be thankful. Or not. Be kind. Or not. Pray. Or not. Forgive. Or not. Love and bless and do good where we can. Or not.
* * *
Well, when we were at Ffald-y-Brenin last month, Roy took refuge from the rigours of prayer by making home-made bread, and fancy roasts and stews, while praying. He was a bit of a Brother Lawrence. An old man came up to him, caressed him simultaneously on each cheek, and said, “Oh, what a happy face!”
I smiled. Off the hook.
And here am I. How’s Roy doing? 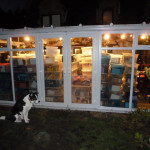 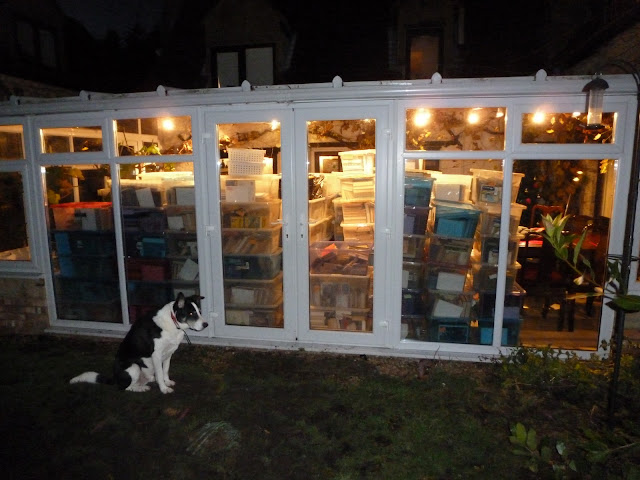 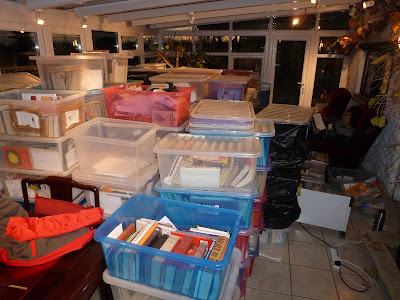 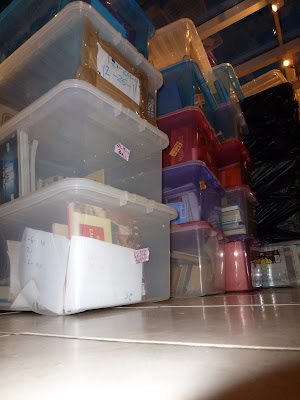 As I wrote, I had a second-hand books business from May 2006 until July 2007,and then, with decreasing intensity, concurrently with my publishing business for another couple of years.
It gave me the idea for publishing, and lots of hands-on experience with books and selling, and lots of subliminal knowledge of book publishing successes and failures, and so it wasn’t entirely wasted, so though I thought so at the time.
Well, we live in a rambling old property in the country, which includes a writing cottage, our main house and a horse barn, which became a book barn. We’ve decided to convert it to a games room for the girls and their friends, and so I’ve decided to take time to sort through the books, keep the ones I can’t quite bring myself to part with yet, and get rid of the rest.
And here are some pictures of a closed chapter of my life. You were tiring, my first-born business, but you taught me much!
Farewell! 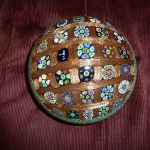 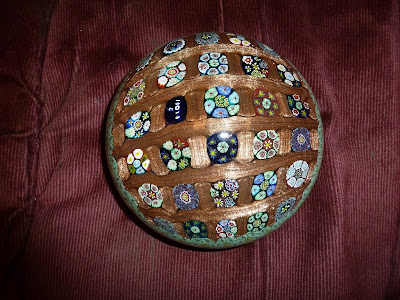 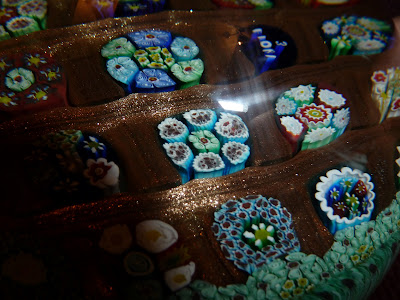 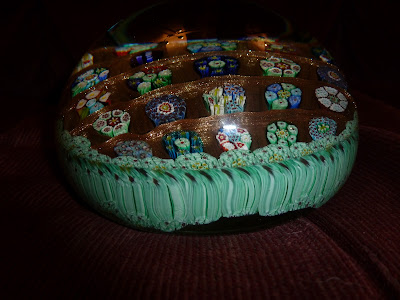 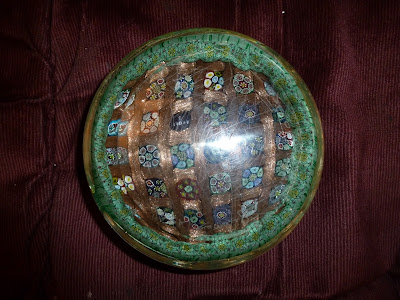 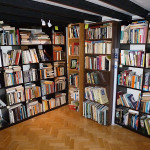 I have enjoyed Ann Voskamp’s  One Thousand Gifts which examines how giving thanks in everything changes one’s perspective and mental state. 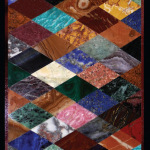 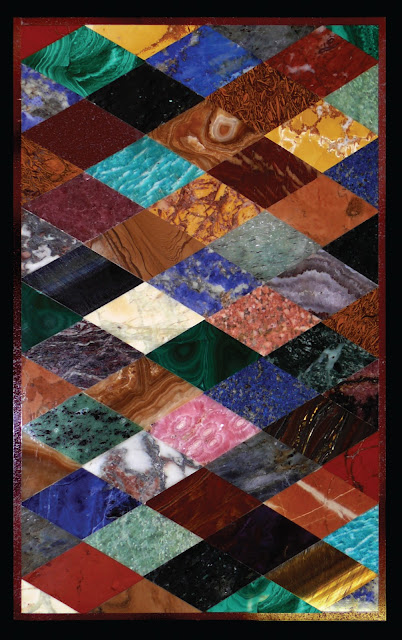 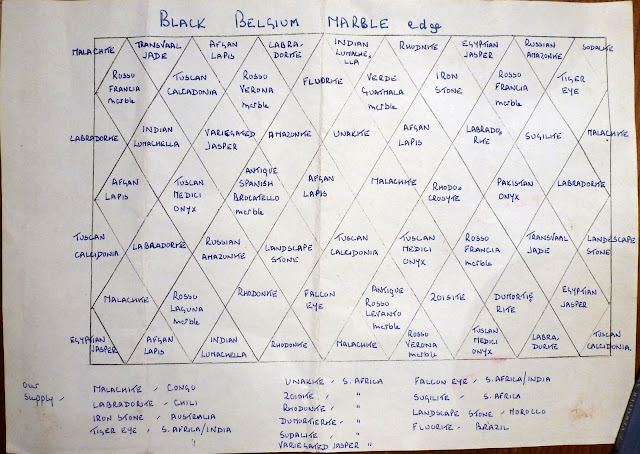 I am taking part in the 365 Project this year, and trying to post a picture a day.
Here’s one of my favourite possessions, a beautiful chest made of inlaid semi-precious stones we bought one hot summer’s day in Florence, in a beautiful workshop in Ghirlandaio’s studio.
It’s edged in black Belgian marble and inlaid with sixty semiprecious stones in the Medici tradition of pietre dure, their names like a magical chant out of Revelation–malachite, rhodocrosyte, chalcedony, lapis lazuli, jasper, jade, onyx, moonstone, tiger eye, falcon eye.
Roy and I love it!